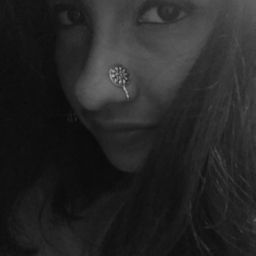 If you are also among the millions who do not understand the difference between different sexes and genders and the primary difference between gender and sex, then this article is just for you. Its not just black and white and humans definitely form the shades of grey. Humans or homo sapiens as they say are one of the most complex creatures to have walked the earth and so its only natural that their defining characteristics are also not simple either.

During the prenatal care, at birth, new-borns are assigned a sex- either male or female- based on the external genitalia. In some cases, the babies present more than one type of sexual characteristics. These children are categorized under the umbrella of intersex. The parents however chose a sex and it is assigned to them. A more offensive term for intersex is Hermaphrodite. People who identify as intersex have a difference of sexual development (DSD).

DSD is used to describe chromosomes, anatomy or sex characteristics that can’t be categorised as male or female. They may have 1 chromosome known as Turner’s Syndrome or three or more known as Klinefelter Syndrome and this affects the degree to which their lives vary. Regardless it is important to refer to people in the manner of their preference.

Gender per say is a bit complicated. But let’s start with defining the term. Gender goes beyond one’s genitalia and denotes the societal and cultural role of each sex in the society. It includes the person’s perception, understanding and expectations of themselves and their inner sense of who they are, who they are meant to be and how they want to interact with the world. While sex of a person can be changed with surgery, changing one’s gender is not that easy as it symbolizes them as an individual and is their identity.

Gender can refer to either of the sexes (male or female), both or none. It is a very personal characteristic as it shows what one feels like on the inside and usually isn’t outwardly expressed. Gender in its entirety comprises of-

As time progresses and babies become adults, their inner sense of self also grows. This is called gender identity. It encapsulates how they see themselves, how they want to express themselves and how they want the world to view them. It is a person’s self-concept as a male, female, both or neither. The gender identity of a person can align with the sex assigned to them at birth or it may not.

Here we stop and discuss the different types of gender identities-

As mentioned above, it explains how one chose to express one self. It usually reflects a person’s gender identity but that might not always be the case. It is completely different from sexual orientation. One may choose to express themselves as any or both or none of the binary categories.

We have known for a while now that sex affects one’s health. For example, females are more prone to Alzheimer’s but males have a higher chance of developing Parkinson’s disease.

But now with more research being done in this field, doctors and scientists are finding that biological sex might not be the only factor affecting one’s health. A group of researchers in Canada found out that it is not the sex but the gender of a patient that affects their recover form a condition known as Acute Coronary Syndrome.

Studies shows that there is concrete evidence to back up the fact that how a person identifies themselves in society is real and has a tangible impact on many factors, including health.

With so much information and scientific facts to back it up, it is clear that gender and sex are not to be used interchangeably and in fact have different meanings altogether. It is not as simple as two neat boxes and this complexity is what makes us human. Everyone is beautiful and everyone has a right to be respected equally in the society.