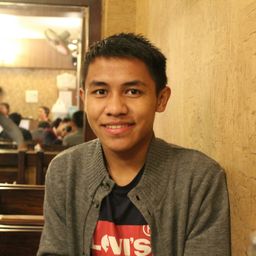 The recently concluded Maharashtra Polls was full of drama. The run-up to the election was smooth. The 'Mahayuti' won 161 seats out of 288. But what followed after the polls was nothing short of a Roller coaster ride. It began with the parting of ways between the BJP and Shiv Sena after 30 years of political ties, followed by the brazen midnight political coup attempted by Modi-Shah-Fadnavis with Gubernatorial assistance and the revocation of the President's rule in a cloak-and-dagger manner and to the unlikely alliance of disparate political parties with different sets of ideologies coming together as a part of the 'Maha Vikas Aghadi' which includes Shiv Sena, NCP and the Congress. The conclusion of the political drama would be with Uddhav Thackeray being sworn in as the state's Chief Minister (he'll be the first Thackeray to become the CM) at the historic Shivaji Park.

Post swearing in ceremony the MVA will be facing innumerable challenges in its bid to provide a stable government. First, there will be the usual scrambling of the important or Malaidar portfolios by the MLAs of the three parties. How it will be distributed remains to be seen.

Second, How will Uddhav Thackeray run the government? Make no mistake he's a good administrator within the Sena party but administrating a group of leaders like Ashok Chavan, Prithviraj Chavan, Balasaheb Thorat, Sharad Pawar, Nawab Malik, Jayant Patil and many others with no prior experience outside the party would be a totally different and difficult task for him.

Third, the ideological Contradictions of the three parties. How can they keep all their ideologies aside and work as per the Formulated Common Minimum Programme. This will be the toughest of all the challenges which the MVA will be encountering because the alliance is not a strong alliance where the members have the same ideological inclination, rather it is a loose one. It was formed out of necessity to keep the BJP out of Power. Members at loggerheads would lead to the collapse of the government, thereby necessitating another election.

Fourth, keeping the Congress in check will also be a challenge as the Congress has the tendency to pull the plug on the government in which it has played a second fiddle.

The swearing in ceremony would also be the one to watch out for. Congress President Sonia Gandhi and Rahul Gandhi not attending it would mean that Secular- Communal division is pretty much alive .

If the MVA last their full five year term then it will present a template for other political parties with different identities to come along and form a United front against the BJP or Modi-Shah Axis in their respective states. It would also present the NDA members such as SAD, JD(U), AGP, NPP, NPF with the opportunity to start flexing their muscles and corner the BJP into giving in to their demands.

Overall, this election has been a topsy-turvy one with lots of political somersaults and the way in which all the events played out lacked political class.

Involvement Of Students In Politics.