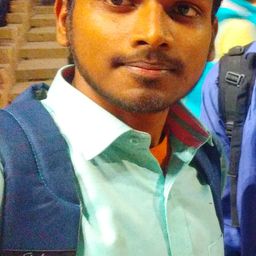 In 2004, when Rahul Gandhi entered electoral politics, he symbolised next generation politician in the Congress. It was also the year when Sonia Gandhi "sacrificed" prime ministerial post.

Manmohan Singh, to many commentators, appeared as stop-gap prime minister who would hand over the baton to Rahul Gandhi. Manmohan Singh continued for 10 years. Sonia Gandhi as Congress president continued for even more. The old guard of the Congress took deeper roots and was clearly the problem for Rahul Gandhi in 2019 Lok Sabha election.

At49, Rahul Gandhi is much wiser to know that the old guard doesn't want to give up power even though the Congress has been thrown out of power for second consecutive terms. Rahul Gandhi did not mince words in his resignation letter that he tweeted on Wednesday.
Here's what he wrote: "It is a habit in India that the powerful cling to power, no one sacrifices power. But we will not defeat our opponents without sacrificing the desire for power and fighting a deeper ideological battle."

Thisis clearly directed at the old guard of the Congress. The Congress Working Committee (CWC), the highest decision-making body of the party, has 55 members, most of them are pre-Sonia Gandhi veterans. The oldest of them, Motilal Vora is 93 and cannot walk on his own. He was born in 1928, the year when Rahul Gandhi's great great-grand grandfather Motilal Nehru was the Congress president.
Tarun Gogoi, Harish Rawat, Oommen Chandy, Ghulam Nabi Azad, Manmohan Singh, AK Antony, Ambika Soni, Mallikarjun Kharge, Ashok Gehlot, Anand Sharma, Siddaramaiah and several others in the CWC are pre-Sonia era politicians.

But the old guard is strong enough to compel Rahul Gandhi to step down as party president. Ironically, he cannot touch them despite everyone admitting that power flows from the Gandhis in the party. Old guard reigns supreme. About 20 CWC members are above 70, an age when the BJP of Narendra Modi and Amit Shah start thinking about retiring them.

Soonafter victory in 2014 Lok Sabha election, the BJP created a parking lot for its own old guard - the Margdarshak Mandal. Founding fathers of the BJP, Vajpayee, Advani, Murli Manohar Joshi and the like were "respectfully" accorded the exalted status and put away from handling party affairs.

Oldguard loyalists such as Arun Jaitley, Sushma Swaraj and Rajnath Singh - stalwarts in their own right - aligned themselves with Narendra Modi, who cleared the way for Amit Shah at the top position in the BJP. Modi-Shah duo turned the BJP into a formidable election-winning machine.

Chained president of Congress
On the other hand, when Rahul Gandhi tried to infuse new blood in the creaking axle of the CWC after 2014 election loss, the old guard resisted with full might.
Rahul Gandhi seems to have identified the problem even before the 2014 polls. Since 2013, he wanted to open up the Congress's systems to "outsiders", make the office bearers more open and accountable. But the old guard resisted and insisted that the old practice, where secrecy and patronisation were the norms, would still work fine for the Congress. Rahul Gandhi is said to have been fighting this battle with the old guard ever since.

During2019 election, Rahul Gandhi expressed his angst over the old guard's interference in ticket distribution and obstructionist role in cobbling up alliances with parties fighting the BJP. Delhi was the classic example where Rahul Gandhi wanted alliance with the Aam Aadmi Party of Arvind Kejriwal, gen-next leaders backed him but the old guard blocked it. In the end, Kejriwal blamed Rahul Gandhi for not having an alliance.

It'snot that Rahul Gandhi doesn't want to act against the old guard. After tendering his resignation, taking responsibility for Lok Sabha election loss, Rahul Gandhi, in no uncertain terms, said, "I cannot ask others to resign too. It is up to them if they want to take responsibility."

Where Rahul Gandhi failed
Rahul Gandhi simply failed to show courage to sack the old guard. After all, he had mocked Modi and Shah for forcing leaders like Advani and Joshi into retirement.
Rahul Gandhi loyalists, too, tried in their own way. More than 200 Congress office bearers resigned in support of Rahul Gandhi with murmur about 1963-Kamraj plan. Those who resigned that Rahul Gandhi should withdraw his resignation and disband the present CWC. The Pradesh Congress Committees (PCC) of the 17 States, where the party failed to win a single Lok Sabha seat, should be also disbanded and their presidents sacked.
But this is not a Congress of 1963. The old guard moved swiftly with a counter plan. With Rahul Gandhi insisting on resignation, they "leaked" theories in media that an interim Congress president could be chosen to elect the next party chief. Names of Sushil Kumar Shinde, Mallikarjun Charge and Ashok Gehlot, the Rajasthan chief minister started doing rounds. Even Motilal Vora came into the picture.

Accordingto this interim arrangement theory, the old guard president would vacate the chair of Congress president whenever the family is ready to provide leadership before 2024 Lok Sabha election. The point is simple, the old guard will not loosen their grip and if Gandhis believe that they are the ultimate cement to keep the Congress together, the old guard is the indispensable brick supplier.

Hisresignation shows that Rahul Gandhi has resigned not only from his post of Congress president but also to the tight grip of the old guard - in sharp contrast to Narendra Modi, when he was in dealing with almost the same situation in the BJP.

A Group Of Children Discover A Dead Body