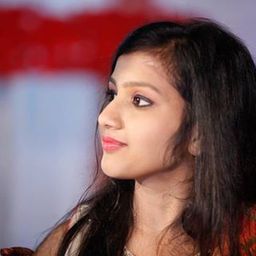 India was under British rule for 200 years. During this era, many political parties were formed by individual freedom fighters. Since then India has witnessed many ups and downs faced by these parties. Some of the parties have seen the road towards downfall while some are still continuing their existence. There are 2 types of political parties-

The lower house has total 543 seats in total and to become a national party, it needs to win 2% of total seats from at least 3 different states of India. India has 7 national political parties in total.

BJP’s actual origin was Bharatiya Jana Sangh founded by Shyam Prasad Mukherjee in 1951. But, the party was dissolved in 1977 due to internal disturbance. BJP again came back into politics and won the 1984 election as soon as it returned. The main reason for BJP’s success was the Ram Janmabhoomi Movement. Talking about BJP’s electoral success, it was successful in forming a government in 1996 but it didn’t last long due to lack of majority in Lok Sabha. Again, it came into power in 1998 and likewise it lasted only for 13 months. Finally, it managed to serve a full term in office from 1999 to 2004. With Narendra Modi being the boss, BJP has regained its power by winning the 2014 and 2019 elections consecutively.

INC is one more major political party of Indian political system. INC has ruled over India since ages. From Jawaharlal Nehru to Manmohan Singh, Congress has shared a profounded history. Since independence, India has witnessed Jawaharlal Nehru, the leader of congress as its fIrst PM. since then the Gandhi family has continued its tradition of becoming the next Prime Minister until the BJP govt broke the trend.

CPI-M is one of the welcomed national parties of India. The party was a segment of Communist Party of India but later it parted its ways from CPI in 1964. The ideology of CPI-M is based on Marxist-Leninist theory. However, the party has been facing major downfall since 2009. The party had its existence in Kerala, West Bengal ,Himachal Pradesh, Odisha and Maharashtra. besides , this party has failed to keep its promises and is on the road of vanishing.

Mamta Banarjee is a great alliance of INC. Before the formation of AITC, Mamta Banarjee herself was a part of INC. on 1st january 1998, she parted her ways from INC and formed her own party with the name All India Trinamool Congress. But a different party could not break the alliance.Currently, Mamata Banarjee has been serving as the 9th Chief Minister of West Bengal since 2011 after winning 227 seats during West Bengal legislative assembly election.

BSP is the fourth-largest political party of India. The origin of BSP lies in Uttar Pradesh and it has won the 10 seats of Lok Sabha from there. Its ideology is based on social transformation and economic emancipation of the people belonging to the backward classes. The name of the party itself describes its ideology and support for the Bahujans or people in majority.

The history of this party is not clear to anyone. But however, the party considers 26 Dec 1925 as its foundation day. With only 2 seats in Lok Sabha and 1 seat in Rajya Sabha, this party is continuing to become week. CPI-M was separated from CPI in 1964.

The NCP party has its base in Maharashtra. After beingthrown out by Congress, Sharad Pawar, P.A. Sangma and Tariq Anwar formed a new party with the name NCP(National Congress Party). The party has been contesting the election since 1999 but were unable to reach the throne. The party has been winning less than 10 seats from 13th Lok Sabha election to 17th Lok sabha election. This year, NCP had contested for 35 seats and managed to win only 5 seats. With the continuous rise of BJP, it is becoming very difficult for other parties to compete in the election.

Just like the national parties, there are certain terms and conditions for becoming the regional parties. A party will be considered as state party if it will secure at least 6% of the total votes in an election of legislative assembly.

Biju Janata Dal was founded by Biju Pattnaik, former Chief Minister of Odisha in 26 December 1997. Now, his son Nabin Pattnaik, the current CM of Odisha is the leader of BJD party.

AIADMK was founded in 1972 with its president E Madhusudana. It has its base in Pondicherry and Tamilnadu.

AIUDF party was founded in 2004 and has Badruddin Ajmal as its current president. The party has its base in Assam mainly.

The RJD party was founded on 5 July 1997 by Former Chief Minister of Bihar, Lalu Prasad Yadav. Lalu Yadav has also served as the Railway Minister from 2004 to 2009.

SAPA was founded by Mulayam Singh Yadav on 4 October 1992. Its base is in Uttar Pradesh. Currently, Akhilesh Yadav is the head of Samajwadi Party.

The party was first founded in 1972 in Meghalaya. the party has its base in Meghalaya mainly.

The SKM party was first founded and headed by Prem Singh Tamang on 4 February 2013.

Naga People’s Fund was founded in 2002 by Shurhozelie Liezietsu. The name represents the state Nagaland.

Haryana Janhit Congress from Haryana was founded by Bhajan Lal on 2 December 2007. After 9 years, it was dissolved on 28 April 2016.

GGP party was founded by Dada Hira Singh Makram in 1991. The party belongs to Madhya Pradesh and has been expanding soon.

IUML party was first started by Muhammad Ismail on 10 March 1948. Being a very old party since independence day, it is still in the race of competition.