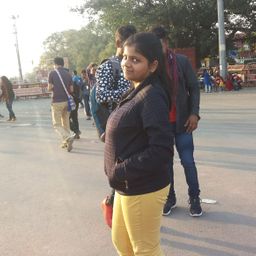 In a parliamentary system of government the party or the group of parties commanding majority forms the government and remains in power as long as it enjoys the confidence of popularly elected house. Regarding seating arrangement, tge house is divided into two wings. On the right hand side of tge speaker the ruling party or the parties are allotted seats and in parliamentary terminology these are called as treasury benches. While on the left side of tge speaker, the opposition party members or parties are allotted seats. Parties and group on either side have their own elected leaders. The Prime Minister is also the leader of the house while the leader of the largest opposition party enjoys the status of the leader of opposition in the house. There is a prescribed procedure for this and they are accorded recognition of their status by the speaker as per the rule and regulations and established norms in respect thereof. The government is free to determine the policies and programmes and make decision, so long as it retains power that is again subject to the approval of the House in a prescribed manner.

The opposition parties play very important role in a democracy as representatives of the people who have returned them to the House to safeguard their interests. With this view, they criticise government in case the latter ignores them or conceal facts and they resort to protestation in the House and at the public level. It counts very much for awareness among the people over the specific issues of national importance and raises levels of political consciousness aming them.

The opposition party plays the role of a ‘watch dog’. But this role has its importance in a country like United Kingdom where there is a two-party system in vogue. In countries where there is a multi - party system in vogue the opposition parties try to cooperate among themselves over particular issues. India is the best example in this regard. It is the opposition in Parliament that has a very important role of check and balance to play in the larger public interest and correct democratic practices. Members of the opposition parties are also included in the advisory committees attached to the respective ministers. All the measures of the government connected with the respective ministries are discussed and finalised by them. Opposition plays a significant role in it through its recommendations. In case their recommendations are ignored, they have another chance when the bill is introduced in the House and debated.

Meaning of Opposite in Hindi - हिंदी में मतलब