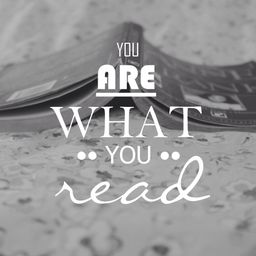 Value designates the area of moral philosophy that is concerned with queering about goodness of all varieties. Social values form an important part of the culture of the society. They provide the general guidelines for social conduct, values such as fundamental rights, respect for human dignity, rationality, individuality, equality, etc.

Values are deeply held beliefs or convictions people hold about the nature of the world, their relationship to it and the basic quality of social beings. Different sector have different meaning of values. Integrity in relationship, money in economics, rules in institutions are examples representing the meaning of values. So, each organisation holds its own values and an organisation is constituted by its members. This is the point, where we can link both the terms- social values and individual attitude.

The significance of any social value is determined by the individualistic attitude its society and environment. In vice-versa, the well being of a community depends on the values, believed and followed. Social values can be categorized into- dominant, traditional, emerging, oppositional and alternative values. All these values are made for people, so their interpretation and attitude matters. For example an emerging value - same-sex marriage. The majority of people positively accepting this value are younger generation; the attitude of older generation is comparatively negative. Reverse would be the case when the value is- men are the breadwinners in the household.

Attitude is defined as a learned preconception to respond in a consistently favourable and unfavourable manner with respect to the subject or situation. Behaviour is affected more by attitude than values. Here we have the example of use of cigarettes to explain. The surrogate advertising of tobacco in cinema halls explains the harmfulness of the act, that is, it explains health and hygiene value but at last it all depends on the person’s attitude forwards perceiving the message conveyed and bringing into practice the same.

Another example is the social value of respect for others and human rights for all. A sense of social responsibility and belonging in a society is geared for the general well being of all, it is essential to develop a commitment to social responsibility without shying away from a critical examination of power relationships, privilege and traditions. The disposition to respect and care for others is central to living interdependently. The positive relationships forged among individuals and groups are essential to the development of qualities such as cooperation, interdependence and respect for a diversity of people and cultures, which allows us to live and work in the realities of the world of today – and the future. This plays a pivotal role in carving our attitude towards social well-being. In a just and democratic society, respect for social values is central to the flourishing of well-being of individual’s attitude and the wider community. Respecting values brings both the capacity to act autonomously and be self-motivated about one’s attitude.

What a person finds of truly value very much depends on his attitude to life or what one looks at.

Social attitude not only determines the social behaviour of a person but also provides a mechanism of social control. The need is to bring better values and positive awareness simultaneously; the need is to break the superstitions into new ideas and negative attitude into productive ones. Indeed a society flourishes with mutual agreement and bonding between ideals, values and cultures of society and approach of the members of society towards mobilising their attitude in a positive way for social well-being.