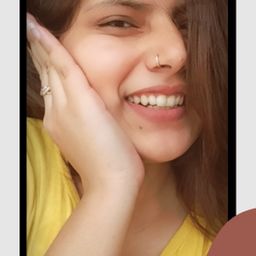 The impact of technological resources, working stress pressures & changing attitudes towards life is clearly visible on the youth. They live in the name of modernization leaving the traditional way of living; in such a way that it is affecting their health, their thought processing and even their lives. They are falling prey to autism untimely illness and also pessemist

Have you ever noticed that till ten -fifteen years ago how your bank worked ,how were the admission forms filled in the children's school colleges how were the results viewed, how do you get the reservation done in the railway how was the functioning of office,how was shopping done ... don't even know how many such Long lists of questions are there the answer of which has changed completely in today's context

now the question arises ,can the youth be oriented towards optimism life in this changing scenario ? let's find out.... mobile in hands music in ear feet toping to the groove of music lat night parties booze all over today's generation consider this life to be syn their attitude but this there are caught in grip of both modernity and technology the lifestyle and thinking

of young generation who have enslaved by Facebook Instagram WhatsApp and many other social networking sites , has changed widely. rapidly reaching smartphones in every hand and almost free internet service have accelerated this process of lifestyle changes.

In olden times, youth used to get up in the morning to go for a walk, have morning tea & spend quality time with family. But now youth prefer to check social sites on the smartphone as soon as they wake up in the morning. The new life style is making their life lazy & weak. Today's youth are spending their lives watching movies & concerned only about their self image & showing off in every possible way on social media platforms. The way technology is dominating their lifestyle, taking recourse to that instead of enjoying every moment, they want to show their life & becoming influencer by themselves.

This is the era of social change where on one hand today it has expanded the scope of contact through various mediums while on other, due to this youth is becoming lonely & autistic. The youth of our country are abondoning their traditional way of living & following both the modernization and technological way of living. They are tarnishing their culture by self. Instead of passion, determination, courage now lust, violence, greed have entered in their life.

They want that if you want to keep pace with their changing lifestyle,then it is necessary to with adopt an open mind they want to live fast life ,achieve success not doing hard work like older times, but through shortcuts. This virtual life (technology) has infused their thinking as well as their tolerance, their moral values. The result of this is affecting their not only physical but also mental health.

Earlier, lose or win were part of life, the youth tried to learn from their failures but now when the competition is push towards despair, the youth doesn't hesitate to take extreme steps like suicide instead of accepting failure. Dissatisfaction, lack of confidence, rising ambitions & desires to get amenities quickly, have increased youth fearing getting caught in stress manifold. They don't value their life as they should.

"Is The Youth Of India Confused Or Confident"!