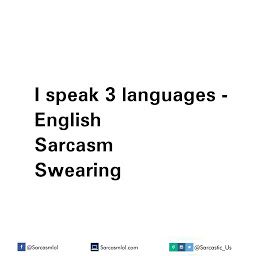 A meme famously said, "Why is our tagline 'Incredible India', it should just be 'We are not Pakistan!'

Patriotism traditionally means 'love for one's country' but it has now turned to 'Hate for other countries.'

The Pulwama terror attack threw up some very ugly facts about humanity. Posts such as "We will rape your mother and sister in front of you Pak" started trending and getting validation on social media.Why are women always targeted? If you have a beef with someone, you should go and confront him rather than dragging his mother's or sister's name into the mix. It reveals the mentality of people in these countries. We do not have rape in India, Pakistan and Bangladesh, we have a rape culture prevalent here where raping a girl infront of the family seems to be a show of courage and strength. Everyone remembers Gurmehar kaur the DU student who received death and rape threats for saying that war killed her father not Pakistan.

After the attack, people like Kangana Ranaut said,"Anyone who lectures about non-violence and peace at this time should be painted black, put on a donkey and slapped by everyone on the streets." It seems we need Pakistan more than they need us. We need Pakistan to be patriotic because till the time you don't say "Pkmkb" your Patriotism is under scrutiny.

We have all watched 'Chak de India' where Kabir became tainted and was accused of betraying his country because he shook hands with a Pakistani player. And though this is a movie, it is not far from the truth. We remember Sania Mirza more for being trolled continually due to her marriage choice which transcended boundaries than her achievements. Most of us can't even remember what she was actually famous for.

No one is saying that Pakistan is innocent or blameless but we need to understand who is to be blamed. Is it the mango people? Or is it the government? We actually need to understand the situation in Pakistan. In India, people hardly know what happens in Kashmir with very few people aware of the fact that We indians, yes we 'peace-loving' indians actually do state sponsored violence in kashmir to keep it in check. Hardly anyone knows the true picture in kashmir but when we do get to know about it, will we not condemn it in the strongest terms. Same is the situation in Pak. Some sections of their media brain-washes them and given a choice between the media from your country and the neighbour's you will obviously trust yours more. Some people are just plain foolish on both sides of the border and thrive on and love the hate. But, most want peace.

This kind of hate isn't constructive, it achieves absolutely nothing. But, we can actually use this fine thread of similarities between the 2 countries to start a dialogue between the people since the governments are not willing. We can show them that not all Indians are bad and see for ourselves that not all pakistanis are bad. Being born on either side of the border doesn't decide if you are good or bad. Nationality doesn't decide character. We can end the reign of hate. Because Hate is Destructive. This will help less people getting radicalised, more people will be aware of the situation in India and the Government's wrongdoings and some may even revolt against the system in order to bring a change.

The Necessity Of Sex Education

Amidst The Celebrations, On The Verge To Lose Kashmir.