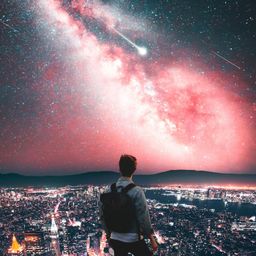 If there is a heaven, we know that there must be angels but we often forget that the devil is also a fallen angel.

Five generations have passed in the geo-political, social and moral turmoil. Sailing in the sea of uncertainity, frustration and anxiety there is still no hope for new shores, the people of kashmir are the silent victims to their changing destinies.

Right from the adolescence, a child from Kashmir is aware of the high military presence, the clamp down and the odour of gun powder in the fresh air of the mountains. Each and every family from the valley has their own story to tell. Some have lost livelihood due to prolonged curfew, with dead family members, damaged properties and most of all the psychological scars which has left behind a deep and uncureable wound in the hearts of the people.

Recently, the government scrapped Article 370 and 35A of the constitution through a Presidential order which gave it a significant autonomy but the young and the senior citizens of the valley thinks that they have been betrayed and their future seems bleak.

In 1947 when India and Pakistan gained independence from the British crown, the princely states were given an option to either join Inida or Pakistan or to stay independent. The partition decided the fate of millions as various state rulers had to choose which country they would belong to. The people of kashmir faced an uncertain future. Maharaja Hari singh, the Hindu Dogra king of the Muslim majority kashmir, managed to keep the region independent for nearly two months. He did this by signing a stand still agreement with Pakistan and sending a similar agreement to India, which favoured continuing discussions. But that changed on October 1947, when Maharaja confiscated armaments from Muslims, who were formely conscipted in to the British army. The weapons were then distributed to the local Hindu village defence forces and this provoked an uprising supported by Paston tribesmen from Pakistan. The tribes men were acting aginst Pakistan's approval. The Maharaja sought military assistance from India but Indian governor general stated that it would be dangerous to send troops to a neutral state until kashmir is first offered to accede to India. To supress the uprising, the Hindu rulers along with the RSS, organized a program against Muslims in Jammu. There was a dispute in which number of muslims were massacred and the wide violence spread over rapidly. The ruler signed a temporary agreement acceding kashmir to India, when a stand still agreement with Pakistan was still in force on october 27th, 1947. Indian troops landed on kashmir to fight the rebels forces against the Pastun tribesmen. This led to the first India-Pakistan war. During this war India's PM, Jawaharlal Nehru promised a referendum and internationalised the matter in the UN security council allowing the peole of Jammu and Kashmir to decide their own political future through a plebiscite, making kashmir a disputed territory. Over the span of 70 years, India and pakistan fought three wars making it the most militarized zone in the world.

The most powerful force in the world today is neither communism, nor capitalism, neither the Hydrogen-bombs nor the guided missiles, it is the man's eternal choice to be free and independent. -- John F. Kenedy

The people of kashmir after being stripped off their automony feel that they have been pushed back to dark medieaval times where king invaded cities and held a siege, until people kneeled before them. They even think it is a barbaric act, an act of extreme control by a state over its subject – they had been cut down from everything, internet services, mobile services and unable to lead a normal life in the so called – modern world.

Every citizen of Kashmir is frustrated and the moment they will get an opportunity they will boil over---if the Kashmiris found this Act to be acceptable, the government would not need to deploy so many security forces troops and restricted Kashmiri movements. Every people of the valley think that even after five years nothing is going to be change.

Here the question arises---What is the voice of the people of Kashmir? But we should remember that nothing could be snatched forcefully---to unite Kashmir with India the first and the foremost thing is to win the hearts of the people. On the other hand the people should also realize that Kashmir had remained a severe political problem for many decades and our government had taken a stong initiative to eradicate this problem to an ultimate solution ---where every single Kashmiri child would get an equal right and previlage similar to other child all over our country.

Kashmir - Is There Any Solution?