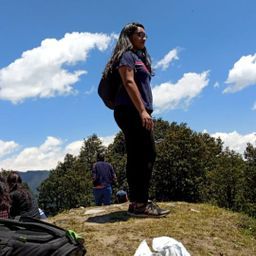 Rape is a sin that degrades and defiles the soul of a helpless woman. In India, sexual assault on women is very common and it includes: molestation, eve-teasing, child sex abuse, rape, marital rape and domestic violence. Of all these, rape is the most heinous crime against any female. According to section 375 of Indian Penal Code, rape means an unlawful intercourse done by a man with woman without her valid consent.

According to statistics in 2016 India recorded 106 rapes per day. The NCRB data reveals that 260,304 cases of crimes against women were sent for trial in courts in 2016. The conviction was secured by in 23094 cases. Also 206 cases of acid attack were reported in 2016. Almost 40% of rape victims are minor children. These stats are very grisly and due to a tremendous increase in number of rape cases it becomes a topic of grave concern.

Firstly comes the narrow mentality of people including both men and women. Any Indian girl wearing short clothes or talking to some guy or if she is out for late hours then society makes an impression that she must have a bad character and that she will be comfortable in having a sexual intercourse with them. For instance the extremely grisly and horrendous rape case- Nirbhaya Rape case. When she with her friend Awindra boarded a local bus to go back home after watching a movie there were already 6 men in the bus including the driver and all of them started taunting the couple asking them what were they doing at such a late hour and so in some stupid anger and lust they brutally raped the girl and then damaged all her internal body parts and left her to death on road.

Secondly, I think that religion has been one of the major reasons. There are rape cases where men have raped girls of some other religion only for revenge. For instance we have the most disgusting rape case popularly known as Kathua rape case where 8 year old girl Asifa Bano was abducted in a temple and raped by 6 Hindu men for a whole week after which they killed the child. All this was done by them to terrorize the Gujjar community so that they leave Jammu. The shepherds used public and forest land in Jammu for grazing which brought them into conflict with some Hindu residents.

Thirdly comes the most absurd reason and that is to satisfy sexual pleasures and for this I need not give just one example because maximum rapes happen because of this reason only and that is so ridiculous. Also nowadays many rape cases are coming where people with supreme powers are raping innocent girls in the concealment of their powers. For instance, Unnao rape case where the girl was raped by an MLA of UP. Also in Kathua rape case two police officials were also involved.

But now the crime is nose deep and we really need to take substantial steps to stop any kind of sexual assault towards women at all.

From all the above factors we can make a conclusion that people really need to change their feudal mentality. In my opinion, police safety and all the women safety apps comes later. First we need to work on the grass root level.

A child’s first teachers are his parents and his mentality take shape through what he experiences at home. Therefore parents must ensure a positive environment at home where both the parents respect each other and are equally important as well as responsible for the major decisions or work respectively. Also workshops must be arranged at school level where they are taught about sexual consent- what it means and how it works. The schools should arrange workshops for adolescent boys where they are shown some videos on the life of a rape survivor so that they really become sensitive with this issue and do their bit to protect any women around them.

Also girls must be taught about good and bad touch through various books and pictorial presentations. Also schools should arrange self defence classes for girls so that they ensure their safety wherever they are. Along with these there must be some counsellors in the schools who should embolden girls to raise their voice if they see or feel any kind of sexual assault against them or against anybody else.

So this way we can ensure that the upcoming generation is much safer and secure.

Now coming up to the second level is strengthening of laws dealing in with sexual assaults. Fast track courts must be established so that the justice is given to the victim as early as possible. Also in my opinion the punishments for rape must be made more severe now like in foreign countries. I think if death penalty is the most apt solution then there must not be so many rape cases in India. Also in Nirbhaya case one of the rapist said in the court that “he has no problem if he is given death penalty because he has done right to that girl and he has no regrets for that”. Yes this statement is so infuriating. So this where we need to work on by giving more dreadful punishments.

Thirdly and lastly Government should install CCTV cameras and increase their coverage so that no rapist is spare. Also policing of remote locations must be increased especially during late hours. Also a woman's squad should be formed in every district which would exclusively deal with such problems.

I agree that in today’s situation we have a dire need to institutionalize the second and third measure but in the long run first measure will also be a savior.

A woman deserves all the love and respect and any person who tries to disrespect them by committing any kind of sexual assaults must pay heavy price for it through horrendous punishments. Also Modi government has a scheme ‘Beti Bachao Beti Padhao’ but we all citizens and government must understand that ‘JAB TAK BETI BACHEGI NHI TOH PADHEGI KESE’.