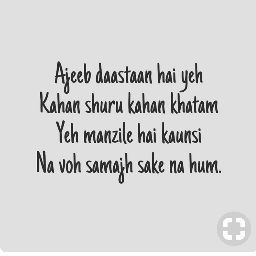 The times are full of tumult.

Remember those times wherein existed a simple concept called religion, which was nothing but a very common and basic set of rules for people to follow in order to achieve individualistic development. There existed many if them with same core principles, just different methods of following, to give people a choice to fit into a religion most feasible to them.

Whereas in modern world scenario, the same institution is being used to mislead the masses by certain group of people, in pursuit of rather materialistic pleasures in life. Most of recent global issues do somewhere involve religious connotations. Politics is what has corrupted this sacred social entity.

Well God nowadays is instrumental in influencing people and tricking them into wrong doing by manipulation of texts that exist. Terrorism or Jihad is one such phenomenon that has emerged as a result of minds which insist on following religion under wrong pretext.

Never was this a concept to be used as an excuse for crimes. A certain rapist says that Lord Zeus, the 1st Olympian did rape endless women, so did I. Or justifying death by human sacrifice. These were supposed to be Morales and values, stories to teach us what not to do, and probably public hasn't noticed but the times and society have completely changed.

Those Old Texts are meant to pave a way of living life.  Misapprehension is what manipulative people use to trick others into web of deception. There are wars, and there is hatred, antagonistic feelings everywhere, all nothing but the result of sheer evil geniuses who fulfil certain sadistic motives by such distortion of words. It's all a ploy, a game, and most of the population just a pawn of different diplomats treating them like puppets.

There exists a widespread inequality. Religious diversities exist, even in secular democracies. Current scenario in the country is undergoing similar struggles. There are rigid mindsets and loads of biasedness on basis of the sect you follow. Refugee crisis is yet another major issue involving a person's faith in god.

Ah, and countless frauds. Satans disguised as holy men, imparting unethical knowledge that is destroying humanity. Idol worship on rise, people giving their wealths to temples but not to poor and needy. Black magic and voodoo and more and more tales of pre existing inequality, casteism and patriarchy.

No,I don't think this was the purpose of religion. It ain't a blind folded belief system, rather faith based institution. It ain't superstition, but lays foundation of scientific temperament and practicality. Nowhere do Vedas or Bibles or Qurans ask people to fight for peace, rather mutual co existence is hinted.

Religion has undergone severe and massive misinterpretations and perhaps misjudged understanding. It is making us loose abstractivity and focus on only tangible aspects of life. Also is it dissolving between reality and virtuality. There are mobile games and movies where certain tales with religious bases are toyed with and developed into money making virtuality.

Not to forget vote banks. Politicians of the country are exploiting masses of the name of God and Religion of gain votes from specific part of society. It is highly disheartening to see such an ethical concept burning in flames due to human callousness. Shrewdness and not innocence is predominance, and it is religion which is suffering a major setback. The way of living an ideal life so preached by great visionaries has a changed relevance. High time social awareness rises in the world,  or else the doomsday or Ragnarok ain't faraway.