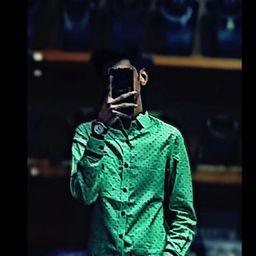 It is situated at the northwestern side of India in the state of Deserts and Rivers.

“Rajasthan is considered as one of the state with most temples and the culture of the state reflects the ancient Indian way. So, as per old traditions the people use to worship God before going to work daily.

Here in between there is most renowned Hindu temple(which resides hindu tradition) situated at the Pushkar which is close to Pushkar lake in the district of Ajmer. The temple of God “BRAHMA”(regarded as creator of Hindu). There are many temples across India then comes the question what is special of this temple? Answer goes quite simple by looking at the features it have..

Let’s start from the history ,The history is heart-breaking during Mughal emperor Aurangzeb’s rule many temples were destroyed and one of them was the Brahma temple...But they were rebuilt as the time passes by the Vishwamitra (ancient rishi).There are many suspicious things about this temple but one fact is that the location of the temple was chosen by Lord Brahma himself. Long after 5-6 centuries this temple is renovated by philosopher himself.

Moving forward about the sculptures and architectures, It is set on proper height. So to reach there are number of marble steps leading to gate of temple. Built with stone slabs and blocks together. The spire of the temple is known as shikara and the symbol of hamsa which depicts swan or goose. The gate is evenly decorated and the floor are of marble. The walls inside shine very brighter as they are laid by silver coins by devotees as well as the turtle makes the marble floor more effective.

The most awaited one, The icon of Lord Brahma is the most precious to watch. The first question comes how the God would be sitting? Icon depicts that Brahma, seated in crossed leg position which shows in the aspect of creation of universe and riding on his mount hamsa. The four arms holds rosary, book, grass and water pot respectively. The central image is called “chaumurthi” that is four faced idol.

Why the hands are not idol? As it’s the Lord Brahma? But they used to say that the water pot due to which universe is emerged. Books which gives us the knowledge and grass gives various life forms of universe.

Along with it at the right there is Sarasvati and the images of Vishnu along with his eagle-mounted Garuda gives the immense pleasure..

5 Works That Prove That Ancient Indians Are Better Engineers!