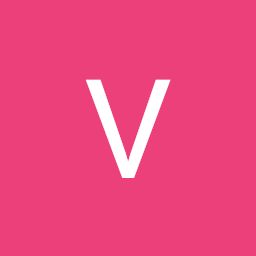 India is the seventh largest country in the world by area and second largest by population. India is one of the most beautiful country in the world. India is the country with different religions and cultures. As the history of the country is very interesting and this is one of the major factor to which tourists are actually attracted. India has really rich heritage. Also nature lovers will enjoy its sun washed beaches, national parks, wildlife sanctuaries. The most beautiful places that attracts the tourists are:

The taj mahal is one of the most beautiful monument of our country. It is not just a monument but a recognition of true love . Emperor Shas Jahan made 20,000 workers work for this monument for his favourite wife. This monument took 22 years for its completion. The monument is made up of white marble and inlaid floral pattern. The best time to visit Taj Mahal is either dawn or dusk.

Varanasi is known as the holy city of the country because of its faith and trust. People have their own beliefs regarding this place. Kashi Vishwanath mandir is one of the oldest temple built in 1780. Varanasi is associated with mighty Ganges River. Bathing in Ganges is a religious thing for hindus and these bathing spots are known as ghats.

The golden temple was founded in 1577 by Ram Das in Amritsar. Amritsar is known as the religious hub of sikh. The Golden Temple is a beautiful temple with golden decoration. Its lower section is decorated with floral pattern. It attracts many Hindus and other religions too for visit.

Red fort is built in magnificent crescent shape in New Delhi and was built by Shah Jagan in 1648. It is made up of red sandstone and also named after that. Highlights of this fort are two magnificent gates one : The Lahore Gate and the other one is known as Delhi Gate once used by the emperor. Red fort is another most beautiful monument of the country that we are proud of.

It is built to the very next spot where Buddha came to formulate his philosophy of life. It was constructed in 6th century. Bodhgaya is considered as the holiest place in the world. It attracts thousands of tourists every year. A descendant of original tree where Buddha meditated for seven days is situated there in the temple.

"India"- A Beautiful Place To Live In...

Attractions In Jaipur - The Pink City