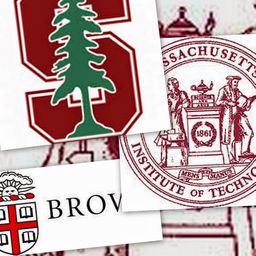 I call this piece selfish because of the content you’re about to read. It’s considered better if a caveat is issued upfront so that no claims can be made later.

I write this piece in utter appreciation for the writing style of Charlotte Perkins Gilman.

If you’ve heard of or read her, consider yourselves to be fortunate because this author’s works are a hundred and fifty years old and luckier because in this age of Netflix and chill nobody cares to peruse through the vast and repetitive works, they call literature of the 21st century let alone the 19th. I mean, I’ve got no beef with the 21st century authors, they have produced some of the best pieces in the English language but it's just that, that percentage is small. And it’s beyond me how every other book becomes a best seller?! Most aren’t even a mediocre seller, if you ask me. I’ll stop the ranting here.

So, Charlotte Gilman is a master storyteller specifically with regards to ‘The Yellow Wallpaper’ according to me because of the following reasons:

This book is not about self-realization but denial. How because of our relationships,we unconsciously lead ourselves into the forest of counterstatement where the words of others mean everything and ours, nothing? We keep going against our intuition, battle our instincts because we put more weight into the beliefs of our peers. It is a feminist document, dealing with the sexual politics at a time when few writers felt free to write about it so candidly. Gilman is being rediscovered with the advent of the new feminist movement.

Charlotte Perkins Gilman was one of America’s foremost feminists and this story which is wrenched out of her real life needs to be told again and again.

Why Reading Matters For Young Children?

The Beauty Of Silent Support

Sorry But A Woman Will Not Sacrifice

3 Best Feminist Books Everyone Should Read!