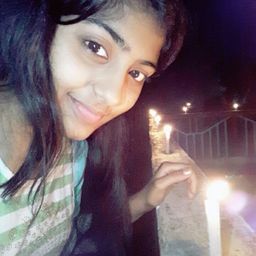 ABOUT THE MOVIE KABIR SINGH-

Kabir Singh is a 2019 Indian Hindi-language romantic drama film written and directed by Sandeep Vanga. It is a remake of his own Telugufilm Arjun Reddy (2017). The film stars Shahid Kapoor and Kiara Advani. It focuses on the title character, an alcoholic surgeon who goes on a self-destructive path after his girlfriend is forced to marry someone else.

For instance, Kabir Singh is has become the third biggest opener of the year. The film collected Rs 70.83 crore in its openingweekend.

The film is the third remake after Telugu hit Kabir Reddy and Tamil film Adithya Varma.

WHY PEOPLE LOVED THE MOVIE KABIR SINGH SO MUCH?

The role of Kabir Singh was played by Shahid Kapoor.In this movie Shahid did a great work with his skills of acting.Kabir Singh was passionate about an old english motorbike and football. He was a surgeon and he feel in love with a girl named Priti and this role was played by Kiara Advani. The paring of Shahid and Kiara seemed to be very pure,true and heart warming which really gave the real essence of true love just by the acting skills. The way Shahid Kapoor acted in this movie sets a benchmark for his upcoming movies. This movie was all about how passionate Kabir Singh was his love towards his girlfriend Priti and in this movie it is also shown that how Kabir destroyed his life because of the separation from his beloved. The theme of this movie was a love story and now a days LOVE is something which related from the age group of teenages to mid aged people. So I am sure this age group people will surely connect themselves with this movie. And the song of this movie did all the work to make this movie a supet dupper hit movie. As the songs where so soft heart touching and pure which made anyone attracted towards the movie.

In this movie only alcoholic and use of muscle scenes are shown which in reality destroyed Kabir's life.

So this movie was also a type of awareness movie which taught us that heartbreaks are not to be regretted till the last breath but to overcome and make your heart feel the best and proud on you.

Kabir Singh And Me ; My Resemblance With Kabir Singh