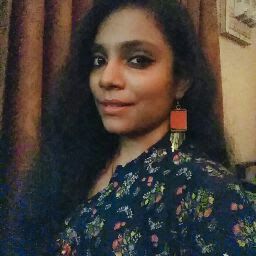 This movie broke all possible records there is. It was a massive sensation and one of the top searched movie on Google in the year 2018-2019. In the beginning, no one could have possibly imagined a regional film creating a major impact on the audience all across the world and having massive popularity but as they say talent and emotions are not restricted to a particular language, it’s universal. This movie is a living proof of the fact that good content and great directorial skills, along with powerful story can create a worldwide phenomenon, crossing the barriers of language and region.

Recently, Japan hosted an event for the celebration of this movie, where they invited all the movie stars and the director himself. In several interviews, the director as well as the actors express their surprise when they saw the craze of the movie among Japan audience, a section of people who didn’t even understand the language. In Japan the movie had earned crazy numbers and was running in the theatres for more than a month. This movie is a testament to the fact that emotions is universal, it doesn’t matter what language one speaks, what region one belongs to, each and every individual across the world feels the same emotion. And if that emotion is translated on screen with perfection and warmth, it can create magic, magic which establishes a straight connection with the audience's heart.

Also the music and background score of the film were topping the chartbusters and were trending on YouTube as well, owing to the grandeur and unbelievable-yet-beautiful visuals which made everyone’s heart skip a beat. Whether it’s “khoya hai” song from part 1 where Tammanah looked like a fairy, moving with so much grace and elegance, or it’s “saahore Baahubali” song which was the title track of part 2 which was loved by audience, the heroism and larger-than-life character with moral values won the admiration of the audience. Each and every song was a legit chartbuster which was hummed by people even after the movie was released.

Now let’s talk about the action of the movie, which was the main attraction.The action was shot on a large scale with some extraordinary visual effects and massive fight sequences. The war scene in part 1 was massive in various arenas, be it the set, costumes, weapons, crew members. One can also say that it was the biggest battle ever shown on the big screen after Mahabharata. It was shot on an extensive level and for a long duration, covering several months. It was a difficult task as most of the scenes were shot on green screen. To make it simple for understanding, most of the scenes were shot in such a manner where the actors had to pretend the situation and act accordingly. For instance, when Bhallaldeva's chariot with propeller was cutting people coming in front of it in the movie, in reality there was no propeller, no people were actually being killed. A car was simply moving and the stunt men hung by cables were flipping accordingly. So imagine, if one stunt man makes a mistake, the entire shot has to be taken again and the setup has to be reset, which would take about 30-35mins. Therefore, a scene of 5mins also took about 5 days to shoot. It was shot on this grand level with so much patience and hard work by each and every member, including the actors. These two films were shot over a period of 4 years, where the actors did no other film but this. This was the only project they worked on for 4 years straight.

For any project to be successful, the captain of the ship needs to have a strong hold. That ensures that the ship will sail without much difficulty. In this case as well, the captain of the ship aka SS Rajamouli ensured the film was presented perfectly and is the main reason behind the success of the film. Had it not been his visual, his story telling technique and his grand imagination, Baahubali wouldn’t have seen such a high success. With this movie, he became known for his craft across pan India, which earlier was limited only to the south industry. Now the world knew who he was. His films are not only massive on its production and presentation, but there are also special because of the way emotions are portrayed on screen. The powerful emotions conveyed along with soulful music creates a stirring impact on the mind of the audience which lasts even after you have left the movie hall. It gives you goosebumps. I feel that this is one of his strengths which he plays very well in his movies. Emotions and music are his weapons which he utilizes extremely well.

Baahubali, as a franchise, also became known for the strong female characters. Be it shivagami or Devasena or Avantika, these women were flag-bearers of feminism. They flaunted their individuality, had their own sense of perspective, made their own decisions. Most importantly, they had the capabilities and qualities required for a ruler of the kingdom, which they did. They took the reins of their respective kingdoms and fulfilled their responsibilities as a queen to the fullest. Adding to this, they were also warriors, strong enough to take down their enemy without being dependent on any man. They played the role of a mother , a wife, a queen and a warrior. They weren’t limited to just being a wife, they played multiple roles and they played it with dignity and elegance. This the beauty of Rajamouli's films, all his female characters are strong headed, independent women with a kind heart.

There are a million reasons why this series is a perfect series and a landmark in the history of Indian cinema. It opened the gates for regional cinema into the mainstream cinema. Now, after this movie the lines between regional cinema and mainstream cinema is slowly blurring. This movie has placed Indian cinema on the map of World cinema, it has represented India among several country and has made India proud. Baahubali will be remembered as a cult movie which was a game-changer in Bollywood films.