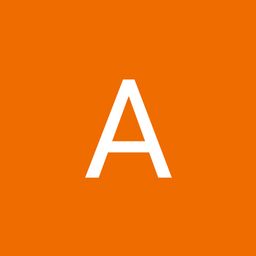 We look for forms of inspiration in different places, books, music, movies, people. But if you find your entertainment in visual arts, it might be a movie that brings you the boost you're looking for when you're trying to achieve something, and better yourself. Some films can be metamorphic in the way you look at health, wealth, or even give you access to a more creative side of yourself. Whether it's a biopic that inspires you to turn the world upside down for the betterment of society or a documentary that helps you dejunk your life, certain movies can serve as enablers for personal change. These 15 movies will help you reform yourself this year.

Experiencing different visual arts can fire up new ideas for your self-improvement. Maybe your goal is to be healthier. Maybe you have a desire to travel more or foster healthy relationships. Maybe you will discover something you hadn't even thought of yet, and you will go after it.

Some of these movies may seem like an unusual source of inspiration, and others may be a little more obvious. But improving yourself, in whatever way you choose, is what life's all about, right?

So grab your snacks, put on one of the movies below, and start the beautiful journey to your better self.

Directed by Stephen Chbosky, The Perks of Being a Wallflower gives the viewer four important messages; how it is not at all bad being a wallflower, i.e., a loner in the world, how important is it to find people who listen and understand you, the plight of every teenager's high school years, and accepting the love you think you deserve.

The Secret is an Australian-American documentary movie, which is based on the belief of the law of attraction, which claims that thought becomes things, i.e., whatever your thoughts, is what happens in your life. This movie gives a very positive outlook on life.

The movie is a biographical drama directed by Gabriele Muccino, wherein the lead struggles with homelessness, taking care of his son, and getting through going broke in his life. The movie gives a boost to continue working hard in life despite things seemingly looking completely hopeless.

Minimalism is a documentary about the important things in life.  It proves right the popular saying money can't buy happiness. How materialistic things doesn't lead to long-lasting happiness.

Directed by Michael Gracey, this movie is a musical biographical drama that tells people to be who they are, learning to accept and criticize themselves. Living fearlessly and in control of their thoughts.

In pursuit of happiness? This movie tells you what makes individuals happy on all levels.

Directed by Antoine Fuqua, this movie is such that it will help you get back on your feet after facing a personal defeat.

Fittest on Earth: A Decade of Fitness is a documentary that follows some of the world's fittest athletes to prove that they are best at what they do. This movie will light a fire under your feet to get moving.

Bird Box is a post-apocalyptic thriller movie directed by Susanne Bier, with a deeper message about confronting your worst fears, trusting your gut, walking by faith, and shutting out the noise of the negative.

My Left Foot: The Story of Christy Brown is a biographical comedy-drama movie directed by Jim Sheridan. The plot revolves around a boy, who has been diagnosed with cerebral palsy, and grows up to become a famous author and painter. The character learns to use the one body part he can use for almost everything. This movie tells you what you have is exactly what you need to reach your goals.

Directed by Robert Zemeckis, the movie is a magical realism comedy-drama, having an inspiring character who teaches people to lead a life doing all sorts of things as you have only one shot at everything.

Patch Adams is a semi-biographical comedy-drama movie directed by Tom Shadyac. The lead of the movie is a disgruntled doctor who was sick of the system. He goes out of his way to help the people in need. This movie tells how one person can truly make big changes if he wants to.

Love your family, cherish life. That is all.

Directed by David Fincher, this movie goes deeper that one may think. The movie tells us it's only after we have lost everything that we are free to do anything.

Yes Man is a comedy film directed by Payton Reed. The lead character says yes to everything in life. This movie tells us that perhaps in life, you should open up, stop doing the same old boring things, and grab opportunities before time runs out.