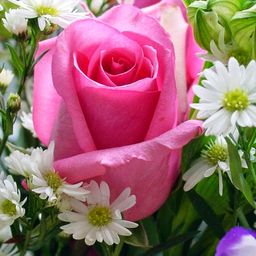 From late December , this whole world is witnessing the outbreak of Novel coronavirus from Wuhan . This virus has not only brought insolation and lockdown but physical and emotional breakdown for all the vulnerable group of people in this world . In China alone , the number of cases of domestic violence tripled just in February compared to the previous year because of this enforced lockdown .

As per the report of World Health Organisation , more than one in three women in this world have experienced rape , physical violence or / and stalking by their intimate partner in their life time . These physical and emotional abusive relationships are increasing tremendously in almost all the countries of the world . Not only women , LGBTQ community is also under threat .

As the cases of Novel coronavirus are escalating , So are the intensity and frequency of the number of cases of domestic violence . These are on the same pattern which happened during the economic turndown of 2008 or 9/11 of USA or any other major disasters .

One lady in USA said , “ He said if I started coughing , he will throw me out in the street and I could die alone in a hospital room ”. These abusive partners are actually just frustrated from their lives . They can’t have peace , so they don’t want peace in their partner’s life as well .

The world economy is going towards the period of recession . It will lead to loss of jobs in the economy making more difficult for the victims . They won’t be able to take a sigh of relief as they use to when their partners go to work . From Wuhan to New York , this lockdown is a pressure cooker on the men who are already violent . The steam of this cooker will burn the vulnerable communities across the world .

Even looking out from the window

I can’t see anything

Which are not about life

Or about my children

The fear of getting murdered

Is all I think about

These victims are fighting in their mind because of such perpetual fear and who knows when it will collapse . Because of the lockdown , they can’t share their thoughts with the best of their friends .

In this big world

Everyone wants to be heard

No one wants to understand

No one wants to listen

Even the counselling centres and in person support groups are shut because of the outbreak . Those who may have recovered up to some level are now again at a risk . Even the impact of domestic violence for the small children is way dangerous . Their mind records all the bad experiences first . Imagine a small kid sees his mother in pain because of his father . He can’t do anything at that point but he will start hating him . It can also lead him to be like his father who will abuse his wife in the future .

This world is made home by us

And for all of us

No matter the question

Domestic abuse is not the solution

So , Use your Brain

As domestic violence is Insane