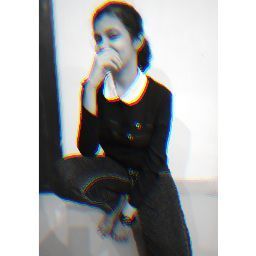 Why do people share the pictures of victim, not the accused? We should paste the faces of those beast.Those monsters deserve to be on every wall out there. Let the world know this is how monsters look..Their teeth are not out,their nails aren’t big.Their world are not different ,they look like us,they stay among us..

Do you know what’s worst?We all are urging government to change the laws and take harsh steps against it and right after they do it,there will be people raising questions about fundamental rights of these moron,there will be people questioning the steps of judiciary and i am not even kidding.We live in a country where some people talk about the rights of rapists and murderer..They talk about their age,that’s ridiculous.If a juvenile is barbaric enough to commit a crime like this,then justice should be towards him.

Not just this,all moron who connect rape with religion. A RAPIST DOESN’T HAVE A RELIGION.keep your melicious intention away from cases like this.. A rapist should be treated like rapist.STOP connecting rape cases with religion,age. it’s time for us to grow up.. it’s time for us to stand together as humans. stop blaming a religion,stop protecting a religion. Let’s think about safety of our women first.

NO FIR, NO TALK, WE WANT JUSTICE ON THE SPOT.JJU