Influence Of The Press.... 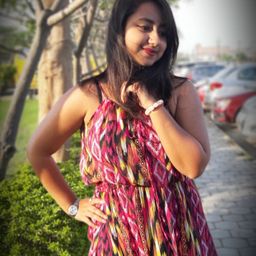 “Newspaper always excite curiosity. No one ever lays down one or without a feeling of disappointment,” correctly remarked by Charles Lamb. Its is this art of generating curiosity that compels youth to read on taking out some time from their drudgery routine of daily lives. Hence the most ordinary of news is presented in such a manner, so as to catch the immediate attention of the reader. Thus when a dog bites a man it is not news, but when a man bites a dog it is sensational news. This is the special appeal newspaper have over other media, engaged in dissipating news. They play an important role in a democracy and are the most important and effective medium of mass communication.

Besides news, newspaper have played an important role in forming and moulding public opinion. During our struggle for independence, newspapers played a stellar role by becoming the mouthpiece of national leaders, to unite the people. Even after independence, they have on many occasions brought to the forefront, issues that were contentious, but required public debate for their resolution. They help in raising public conscience towards evil that plagued the society, like dowry, child marriage, untouchability, sati etc. A free press works like a watchdog in a democracy. It keeps a watchful eye on the working of the government, highlighting its omission and commissions. It thus makes the right to information a reality for the common man. The objective reporting of news, enables it to keep the democratic traditions alive. Its forceful voice of dissent, is the lifeline for a true democracy to function and flourish. It is because of this important role, the press is often referred as the forth estate in a democracy.

Media influence the body image of youth, which are done by many external factors such asfamily environment, ability or disability, peer attitudes, the fashion industry, cultural background – and mainstream media, social media and advertising. It develops a feeling of aggression and violence among the youth which in turn acts as a negative catalyst in shaping their future. . Seeing violent media content often enough can make it more likely that someone will behave in an aggressive or violent way, be less understanding of other people’s needs and feelings. So, this was all about the unhealthy behaviour that can media inculcate within the youth of today`s generation.

Every single coin has its 2 sides. Similarly along with the negative sides of the media, it does have certain positive impact too.Teenagers who are exposed to and take an interest in the news are more likely to be interested in major social and political issues. This can help educate them and encourage them to become more involved as citizens in their communities.Teenagers can also pick up important health promotion messages from the media – for example, messages aimed at preventing youth depression and suicide, encouraging healthy eating and lifestyle habits, and promoting positive, respectful relationships. Media influence can bepowerful if a celebrity role model says a particular lifestyle, product or behaviour is good. There are lots of examples of celebrities whose lifestyles, values and behaviour provide positive examples. The hard work and success of these role models can be inspirational for youth.

Coming to a conclusion, media play a stellar role in a democracy by forming public opinion or major contentious issues. Therefore it provides a platform for youngsters to raise their voice, speak up as an individual which is essential as per the demand of being in a 21st century.

Social Media And Its Influence On Body Image

Influence Of Media On People