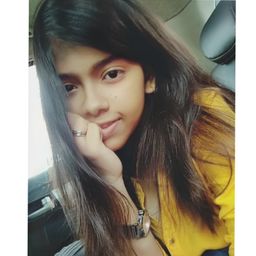 Our country India, is the second largest democracy of the world, next to the states. Article 19(A) of the Indian Constitution grants freedom of speech and expression and includes within it's orbit the sense of freedom of press. Freedom of the press, of the media are subsets of freedom of expression that relate to specific ways of communication. The existence of a free , independent and powerful newspaper or media channel is a keystone of a responsible democracy.

The most pivotal role of the newspaper is to utilise it's ability to convey information of day-to-day events and issues taking place everyday around us. However, an alarming question arises. Is press actually free to provide unbiased and unadulterated news service to the masses? In recent scenario, journalists have become reliably useful to governments , private organisations only when they betray their work ethics. It's quite impossible to report the truth without making oneself an object of disgust or a target of violence. Press freedom in recent times has reached the non-existential limit. Journalists today are being looked upon as propaganda tools to praise the policies of the ruling party. Hence, restricted press isn't just a problem in countries run by autocrats but in democratic nations as well.

How come the media establish itself as the fourth estate at this hour of distress? The crippled media organisations are unable to perform it's explicit capacity of advocacy. In the words of Jeffrey Archer, " Yonder sits the Fourth Estate, and they are more important than them all." Isn't it heartbreaking to watch the fourth estate in this deplorable state?

The media has fallen prey to government backed ownership changes , regulatory and financial pressure. For example in Israel, Prime Minister Benjamin Natanyahu has condemned investigative reporting and now he faces corruption charges for offering favour to media firms to promote positive coverage. In other democracies raiding of critical journalist's homes are quite natural. Around the world, the state of free press is under assault. According to the 2019 World Press Freedom Index," Hatred to journalists has degenerated into violence, contributing to an increase in fear." Studies show Afghanistan was the world's deadliest country for Journalists in 2018 with 15 deaths. The very fact that the US President Donald Trump had rejected media's role in holding governments to account for their actions, is a matter of concern.

Bearing in mind the present scenario, allowing the journalists to safely report without any reprisal is crucially important. For press freedom is the backbone of Human Rights and a cornerstone of democracy.

Why Social Media Detox Is Important

Does Freedom Of Speech Give People The Right To Use Hate Speech?