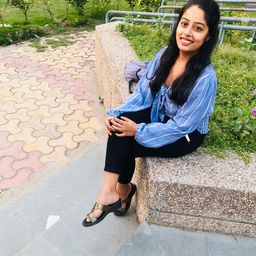 Have you ever stepped out of your home into a new city on your own?

Oh! The rush of feelings that hit me with this one statement.

The first time I went out there in this world, I didn't know a thing about people, places or how to be a part of it. All that was just so overwhelming. Delhi was this place for me. The city of people. The busy streets, the sound of traffic, the connectivity of metro and the life of it, all became a part of me. But it wasn't easy. It took a lot of guts to go out there and imagine things to be a different way. I can still feel the nervousness of my first day of college. I stood out of my class waiting for my first day to begin. I was alone in a crowd of people all eager to be there and who somehow belonged or looked like they did. I did not. I was never an extrovert. That just wasn't me. But i wanted to be a part of it more than anything. And just standing there, feeling the smallest person in there, I heard a voice call out to me and he said; Hey, are you new?

I told him it was my first day. He didn't have to but he still asked me if I knew someone there and I simply replied No.

And then it just took one sentence for me to feel like i belonged.

He took out his hand and said," I'll be your friend then."

And this is all it took. A friendly gesture from a stranger. Of course he didn't have to do this. But i read somewhere that being kind doesn't take much but goes a long way. And there I was in a foreign city, amidst foreign people and still feeling needed. I remember asking him why he did what he did for me and he said that he saw a nervous girl and just wanted her to feel okay.

Just a sentence from a stranger and a friendly eye made me a part of the city.

I hope to be that stranger for someone someday and I wish you to be the same for someone else.You never know the wonders it will do for a person who wants to belong.We could all chose to be kind and considerate. Trust me, it ain't that tough.

And just like that you'll be someone's story too!

Khushi B
Khushi B
56 views