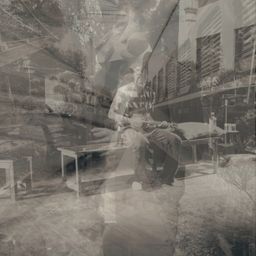 I want to die, and there's nothing you can do to change how I feel, because you aren't responsible for stirring up such feelings within me, because all your attempts at empathy ( try as you might but that is eventually all you can offer me, not understanding, not support ) will seem superficial, and thus will be in vain. Don't waste your time on me, I'm not worth it, I'm not worth much, I don't want to talk to anyone, weigh them down with doleful chatter. My family, the only people in my life I could assume to be constants, are the worst offenders...sigh... I don't have many friends, the few I do have don't attend the same college as me and live far enough away to limit conversations to textual exchanges, and.. not a lot can be said over texts, I have tried reaching out to them several times, but there's only so much they can do, and it's hard to talk - even with your friends - about such things without seeming narcissistic ( p.s. - remember this, it's difficult for a depressed person to talk about their depression, if you see any of your acquaintances display signs of resignation or disinterestedness, you talk to them, you reach out, you ask them how they're doing, before it's too late, because they likely won't ), I was too scared to say the word 'suicide' in front of them, lest they have an overreaction, I have told no one of this, I wonder what everyone will remember of me. College is torture, I am not interested in whatever is taught, everyone is part of a group except me, I have become used to the loneliness but it hasn't stopped biting. One day I decided to communicate this to my mum, everything, the loneliness, the depression, the lethargy, the existential guilt, the spiralling grades, everything except the suicidal thoughts, poured my heart out, her response, "it's all in your head son, go outside, play badminton, you like badminton don't you? pray, talk to people, there's no such thing, it's all in your head". I didn't dare tell my father, he would have chided me for not conducting myself like a man and that's worse. I wanted to chart my own course, take my own decisions, make my own mistakes, but my parents, owing to the gift of prophecy afforded to only Indian parents, have charted it for me, I have tried to reason with them, debate with them, to no avail, they refuse to see things through or acknowledge my point of view. We are the most normal family you'll ever see, my parents are normal, and that's what makes them monsters, their normalcy, which makes them so complacent, so oblivious, so inflexible as to be completely unaccomodating of viewpoints different to their own, I'm sure they were ambitious once, I don't what happened to them. I hope no one has to encounter feelings of abject, overwhelming defeat, of completely giving up. A few days ago in the metro, as I rose to vacate the seat for an elderly lady, I hit my head on the bar, the person standing next to me giggled, I didn't see if it was a boy or a girl, I got off at the next station out of pure embarrassment, I imagine the whole train was laughing at me, it's the little things that hurt the most, I feel like I'm standing in the middle of a busy intersection holding a pot heavy with sorrow, indifference and sadness, poeple all around me walking with a sense of purpose, no one stopping to check, as though I'm in a sinking car, in a lonely lake, everything sounding distant, darkness slowly closing in. It's not like I don't want to live, I do, a lot, but from where I'm sitting, stopping seems easier than carrying on. I won't jump off a building or dive in front of a train, I don't want to inconvenience people, I'll slice my wrists, I know the technique, I have tried it on my ankle and parts of my arm, part of me thinks it's all my own fault, and rightly so. All of their rebukes come from a place of love, they want what's best for me, I know that, but do they know what's best for me? I'm not sure. I'd like to think, that one day, years down the line, parents, not just mine, yours too, will probably realise the error of their ways, their hearts sinking, they'll​ get up off the dining table and head towards your room, a thousand thoughts buzzing through their heads, they'll be at your door, they'll reach for the doorknob, but they'll stop, take a deep breath, wondering how best to express their thoughts, how they saw things, then with a slight tremor in their body, they'll twist the doorknob, wishing to ejaculate whatever they had kept inside, things they had found words for ... they'll open the door with resentment and in triumph, but you won't be there, you'd have moved out, or in some cases, gone, your room converted into an attic, or a study, it'd have been too late. So to my parents, your anger won the day, blinded me to the world, deafened me to words of encouragement, silenced me beyond saving. May your anger, and your obstinacy tide you through life, help you win all battles in the same way you did this one, I love you. To my friends, you guys already know what say, cheers to all the good memories, and to the reader, thank you for reading this tangled mess of melancholy words, goodbye : )

* This passage is a work of fiction

Khushi B
Khushi B
50 views

To All My Friends Whom I Haven't Texted Back