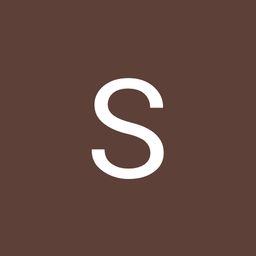 Rape the word seems to be so common nowadays. Every day we have our newspaper, our e-news app full of rape incidents all over the world. So what should we call a rape: a trend, a crime which is not chargeable, an offense which is not punishable, an incident that gives people a topic to debate on, a world where humanity doesn’t exist, a place that doesn’t allow girls to live independently. Actually, Rape can be totally called as such a pathetic activity that those creepy rapists even should not get a place worth to HELL.

Talking about rape, the whole world is full of these awful incidents but especially I would talk about India. We can just give a look and talk about this month (JUNE) which has “N” number of rape cases.

1)The case of Bhopal, Madhya Pradeshan where an eight year-old girl was allegedly raped and murdered in Madhya Pradesh. She went out to purchase gutkha but never returned.Her body was found near a drain close to her house in the wee hours at Kamla Nagar in Bhopal. Her family members went to the police station but they did not respond and even said that she must have gone away with someone. (June 9, 2019)

3)The latest case is from Rampur in Uttar Pradesh. A couple on their bike was stopped by 4 young men. The woman was harassed by the men. When the husband opposed, the miscreants beat up both. The accused tied the husband to a tree and gangraped his wife in front of him. After this, the miscreants made a video of the violent incident and made it viral on the social media. (June 18, 2019)

4)An eight-year-old girl was allegedly raped in a village in Bareilly. She was lured by the accused and raped at an unknown place. The accused person knew the family members of the girl. ( June 13, 2019)

5)The two men and the woman came to Panaji at night for a long drive. The woman alleged that they raped her inside the car at an isolated spot near a beach, and later threw her out on a road. (June 14, 2019)

6)In Odisha's Jajpur district, the father of the minor girl threatened her with dire consequence before committing the crime. When girl's mother objected to it, she was beaten up by the accused. The accused had been sexually abusing the minor girl for the last couple of months. The man allegedly raped his minor daughter in his house. (June 19, 2019)

7)A girl was allegedly assaulted by a man in outer Delhi and when taken to Maharshi Valmiki Hospital in Rohini doctors referred her to another facility saying emergency services were closed.(June 20, 2019)

8)In Telangana, a 25-year-old man kidnapped a nine-month-old girl while she was sleeping with her parents on the terrace on their residence. The accused took the toddler to an ideal place. Later, they saw the accused sexually assaulting their daughter. The parents of the victim handed over the accused to the police. Soon after this, the girl was rushed to a local hospital where she was declared brought dead. (June 20, 2019)

The rape incidents have been uncountable. These are only few of incidents. Every family, village, city, town, country, whole world has its own scary stories. Why do we people are not aware to handle this? Are we are scared of those rapists? Don’t we have right to stand for it? Does humanity exists? Don’t you think a girl should get equal rights not only by words but also by actions? Can’t society come forward and stand out to make a new Law for those rapists? Don’t you think that victim should have a chance to take revenge from those rapists?

When a society can talk about girls wearing skirts, roaming with a guy, going out late, living away from home, their late office hours etc... then why can’t a society come forward and make their efforts to kill those rapists. Those rapists should be brutally hanged and killed and when a victim confront and say “NO” to the rapists it means NO. As said “No” is not a word it’s a sentence (PINK movie). NO means “nahi in Hindi”, “no hoy in assamese”, “naa in Bengali”, “naahi in Marathi”, “ille in Tamil”, “naka in Konkani”. It is said in a different way but the meaning is same. So girls, boys, family members, society lets fight, fight for our sisters, daughters, wife, friends, for OURSELVES.