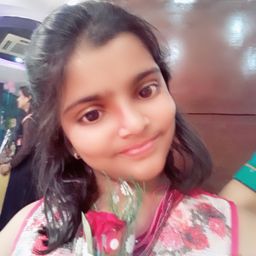 Seeing today’s situation of the whole world fighting against COVID19, we have analyzed a lot of small situations which have had huge impacts not only on the humans but also on our nature and the living organisms out there. Basically, as a person I was initially complaining about the Lockdown Phase because it was something new that we all were going through and it was equally challenging to face a tough situation like this. Getting myself quarantined and leaving behind all the outside world’s luxury and social life was one of the biggest challenges for me in the past month. But one of the things that I learnt from this situation is that, when you spend more than enough time at one place, you mentally get acquainted to that, you no longer crib over that situation because your headspace and mindset is now pretty much familiarized with whatever has been going around. So spending time within the four walls of my home and quarantining myself also became familiar to me. Eventually, we all have a routine which is made by ourselves on how to spend the quarantine life daily and we are pretty much happy with it because complaining or cribbing over the situation won’t help either, the only thing that would help the universe to fight this deadly virus is by staying safe at home and not loiter around outside unneccesarily. People have started spending more time with their respective families, some times people spend time with their families by playing board or card games which apparently we never did! People have started cooking food for themselves and eating healthy as the outside junk food is to be ditched for a while! People have started reading books and novels which they never did before! The change has been examined not only on we fellow human beings but also on our mother nature and the birds and animals around. While all the humans are trapped indoors, the animals and birds seem to be living their best moments outdoors! The sounds of the birds chirping and the fresh breeze due to the less pollution in the cities are quite a moment to be revered. Seems that the Earth is healing soon from the polluted destructions done in the past by us fellow humans. According to one of the recent articles of HINDUSTAN TIMES, “ As per an analysis by experts at the nonprofit Center for Science and Environment, days after the coronavirus lockdown was put into force on March 25 in India, the level of particle pollution dropped by nearly 60% in New Delhi.” Not only this, the nationwide lockdown has improved the water quality of the Ganga Yamuna at Prayagraj, the water has apparently become cleaner and has become fit to drink. Thought it’s tough and painful, focus on the positive side of the situation, move on and never lose hope!