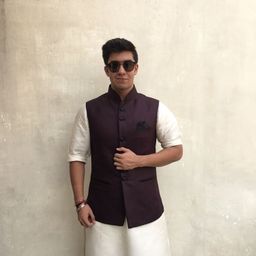 When I went to college I like many other children was under the impression that it would be liberating to be a kid who’s in college now. But it was really different. The first week marked a lot of projects and assignments and deadlines. I was in shock. Journalism and mass communication was much more than I had thought. I was nervous, sitting in a room full of strangers isn’t easy. Not knowing who you’d get along with. The uncertainty of whether they’d like you or not. College changed me. I think school was simpler in many ways. However, college gave me back the confidence that I had lost somewhere when I passed out of school. My personality changed, I would be able to contribute and give my opinion on matters. It was mostly because of the kind of students that I was surrounded by. Everyone had their own perception which stood out. We were encouraged to talk in class, constantly reminded that we’re mass communication students. The opinions varied, there were disagreements but I saw that there was this mutual respect. I had chosen a course where I’m surrounded by talented individuals whether it’s writing, photography or their knowledge of politics , sports , the passion is unlike anything I had ever seen before.

I knew I was in the right place because I saw how everyone was supporting each other, working together and giving it their best shot every time there was a performance or presentation . We all get nervous at times but there’s always an applause at the end and that really boosts your morale even if you think you messed it up. I can crib all I want about how strict they are about our attendance or how burdening it can be at times but to be honest there’s no other place I’d rather be. I know I’ll be making memories here and what I’ll learn in these years that I’m in college will remain with me long after it’s over. Over the next few years I’m gonna be spending so much time here there’s bound to be some kind of attachment. Pursuit of what you have an inclination towards is necessary because if you aren’t happy with where you are there wouldn’t be a question of such an attachment. Parents need to give their children an opportunity to study whatever subjects they are interested in whether it’s in school or college.

A Day In The Life Of A College Student

Things To Keep In Mind Before Joining College

5 Things You Should Know Before Heading To College