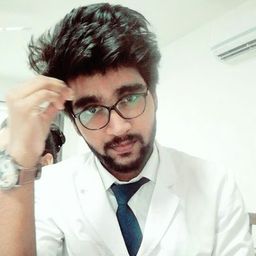 "I could feel my heart thumping like never before "

The thing about college fests is that you’re hell excited and hell nervous at the same time. Because you never know if you’ll be the star of the college or a funny topic of discussion for next few weeks. And then there it was..the very first college fest of my life and I was obviously a fresher and moreover I was going to be one of those guys to be laughed at for performing some shit moves. ‘Mass introduction’ as they termed it. It was basically designed so that there would be an ice breaker for all the new students of the college and so that

they get to know each other . Also they had to perform their special skills(if they had any)in front of all the seniors and staff members . But it was actually a bullying or humiliation program for some random average guys like me with no special talents .

All this chaos was arranged in the college auditorium where every fresher had to get on the stage one by one and get judged by some few hundred of people in the crowd. There were some 14 students ahead of me who had to go on stage and introduce themselves and the rest were to introduce after me. And the trail of trolls started off with the first guy itself. “Hello everyone my name is Rohit Nath and I am from jharkhand and my hobby is to dance! ” said the first guy Rohit . Innocence was the only thing in his voice and the way he spoke. I felt pity on him for what was going to happen to him. As soon as they heard the word ‘Dance’, crowd went hell crazy . And the defaming quota for Rohit was finally over after dancing on some crazy Bhojpuri item numbers played by seniors for almost 30 minutes which were followed by some out of the world comments from the crowd. After Rohit and the other 13 guys in row it was my turn to go up stage and be the clown For everyone out there. I didn’t need to to show my ‘skills’ in order to entertain them because my beautiful name did enough work for me! “Hey guys I’m Prem… ” and there it was. Crowd went on laughing on my name itself that luckily no one noticed me saying that my hobby was to read.

It was finally over. I went downstairs and now even I was a part of the crowd but the last few people were still to go on stage.

Students kept coming in,lost their shit out in front of people and then joined the crowd. After several humiliating incidents for freshers, came this girl to introduce herself. Sitting in the last row of the auditorium I couldn’t take a proper look at her. She began speaking “hello everyone my name is Srishty Joshi and I’d like to perform a song in front of y’all ‘ and that sweet tender voice got all my attention in a moment. And Nothing seemed more important than listening to that voice. Crowd was cheering like hell and obviously the girl got some extra hooting from the male creatures among them. I couldn’t have a proper look at her but I was sure she was confident and was smiling and it was beautiful. She began singing the most soulful song from the living legend Lata mangeshkar and I was so lost in that melodious voice, it was like most beautiful thing I’ve ever heard.

I closed my eyes because this voice deserved all the attention and not just mine but it deserved all the attention in the world. I started imagining her face while she sang and all I could see was utter beauty. She was free and independent,lost in her own world like singing was the only thing she was born for. She was embracing every bit of it. That was the most beautiful picture I’ve ever imagined, the Girl embracing every bit of her passion! The song ended and I was taken out of my trance by the ugly cheering voices of the crowd. Everybody stood up from their seats and a round of applause continued for several minutes. I was so tempted to see this girl, this goddess! . Like seeing her or appreciating her was the only purpose of my life ,I ran towards the stage because anyhow I wanted to witness her standing right there and utter some more words in her beautiful voice. I ran and ran amidst the chaos and some of the eyes turned towards me and some made faces by my act of desperation but I was so ecstatic to give a damn. I reached near the stage ;panting and there she was standing on the stage. She was shy but confident and carried the magical aura around her. She wore a black top with a blue jeans and sneakers and …she looked attractive! That was so because of her womanly characters in all the right places. Not that I was being a creep; I was just appreciating it a bit more than usual.

She came downstairs only to see me smiling like a creep at her.As She reached out to me.. “that was magical! ” I said. She raised her eyebrows and I could see the edges of her lips moving upwards ” thank you so much ” she said with a smile. Her voice was as beautiful as as the chirping of birds that you’ll listen for hours and still won’t get enough of it.

They say ‘eyes always speak the truth’ and all I could see in her eyes was immense purity . Not that I knew her from a very long time but it was my heart that wasn’t allowing me to judge her in any wrong way possible . I didn’t want to hurt the image of hers in my head; not even a bit.

The more I saw into her eyes the more I thought of her being the purest of soul .I wanted to talk to her more, tell her she was not even a human but a goddess. That she would drive anyone crazy in fraction of seconds. But my mouth was shut and dried up. I wanted to tell her everything.I wanted to know every damn thing about her. But I couldn’t utter any of this in front of her and she went past me.

I turned around to look at her only to find a guy walking towards her.

He was tall and the looks of his were so good that would put any other guy of the college to shame. He went up to her and took her hands in his. He was already an asshole to me in my head but was nowhere near to be termed as an’ average’ guy. I looked at Srishty and she seemed so lost in his eyes. “Absolutely out of my league” I thought to myself. But then why would a girl as perfect as her would settle for any less than him. I suddenly felt a sense of insecurity. Only to fuel up my furious feelings they hugged each other, and with so much intensity that I almost felt some strange physiological changes in my thoracic cavity and brain. I saw her smiling at him and before I could think of anything else, the very next moment, their lips met.

And I could feel my heart thumping like never before...

How To Deal With Insecurities