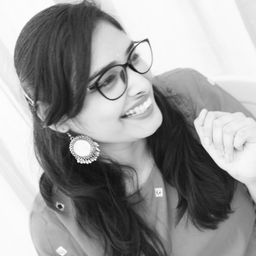 25 years ago, we were introduced to 6 friends living in New York City: beautiful Rachel, hilarious Joey, lovesick Ross, goofy Phoebe, sarcastic Chandler and picky Monica. Since then the show has been an obsession among everyone. It’s more than a show; it’s a feeling. Whenever the theme song of the show “I’ll be there for you” came up, we clapped our hands in sync. It has been difficult to choose the best character. No matter what their profession was; a freelance masseuse or a waitress, no matter what they took delight in; dinosaurs or being an actor, their lives were far more perfect than ours and we were more interested in their lives than ours. This show has taught us so many lessons whether it was not to keep used spoon back in the drawer or not to bang your brother’s baby’s head. These might go on but here are the few important ones.

If you find friends who love you, stand for you and don’t let you suffer alone, don’t let them go. They are your family. They won’t sugarcoat everything and will tell you what it is. They will tell you that the real world sucks and even pee on you if a jellyfish stings you. When you find your family, you’ll say, “I’m really okay. I’ve got my magic beans.”

It’s okay if you don’t even have a ‘pla’. The show assures us that everything doesn’t need to go according to your plans. There might be some shortcomings on your behalf or maybe the universe isn’t helping you enough. You must not lose confidence in yourself. You really don’t need a luxurious life and money to lead a perfect and successful life.

3) Don’t worry what people think of you

Phoebe was the craziest character. Why? Because she never worried what people thought about her. She didn’t care what her friends thought when her mother was incarnated as a cat or when she sang along the bagpipes. One shouldn’t waste time on thinking what people think about them. People will talk and then forget.

Rachel: It’s embarrassing. People were looking at us like we were crazy.

Phoebe: Why do you care?

Phoebe: But people that you don’t know and will never see again.

4) You are always a kid at heart

The characters might be adults but they have always been a kid at heart. Phoebe riding a pink cycle, Chandler hitting Joey’s head which is bubble wrapped and Ross joining them, Rachel being excited for skiing and doing “shoop shoop shoop”; it all warmed up our hearts. Everyone has a kid hidden inside them. So it’s better to relax the adult in us and have fun like a kid which we all definitely are.

5) Our past doesn’t define us

Ross was a nerd, Monica struggled to be overweight. I don’t think anything stopped them from being what they are. Ross and Monica grew up and had perfect jobs and had different versions of success. They tell us that no matter what happened in your past, it shouldn’t affect your present. We should leave it behind and progress in our lives. Our past doesn’t define us but our success does.

Ross had a huge crush on Rachel since 9th grade and he never gave up on his love. Ross and Rachel were destined to end up together because she was his ‘lobster’. Monica changed so many jobs to finally work as head chef. Her hard work and passion paid off. All of them never gave up and their determination brought glorious results. Similarly, we should never give up on our dreams. Continue despite all difficulties and something good will happen to you. It might take a lot of time but persistence always pays off.

I can endlessly go on about what we learn from the show. We should never bet our apartment in a game, men shouldn’t wear leather pants, never jump on a bed, don’t make a pros or cons list to decide whether you want to be with a person, learn to count missisippi-lessly and always say the right name on your wedding.

Yes! I’m obsessed with the show and I can't stop…

The Show Goes On

5 F.R.I.E.N.D.S Episodes That Will Be There For You

Why Has F.R.I.E.N.D.S Touched Thousands Of Hearts?