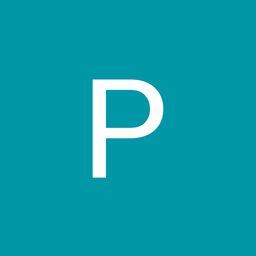 God created humanity and we created difference. Isn’t it so unfair that a group of people in our society are treated unequal just because of the way they think and whom they love? Each one of us have got the freedom to express our feelings, be it in any manner. Today we can see a lot of people with different ideologies and perspectives. And because for some of them the difference is in their sexuality, are they to be labelled as abnormal? LGBTQ - Lesbian, Gay, Bisexual, Transgender and Questioning - if u still frown when you hear these terms then I say that you need to grow up. I am sure that there are still many in this world who do not even know that they were born as a gay or a completely different gender. People do not decide whom they are attracted to, or a person’s sexual orientation cannot be changed by persuasion. Many say that they realized they were homosexuals even before puberty.

Something I want to emphasize is that ‘people are different and accept the difference’. That is all they want - acceptance in the society. They want them to be treated like any other human being. They do not want people to stop and stare at them when they walk through the streets.

The members in the LGBTQ community are denied human rights which the people outside the community enjoy. For instance they are not even allowed to use the public toilets. The situation is repeated in cases of education, job, career, health care etc. The worst part is the ignorance they face from their own family members. They are not allowed to stay in their houses and are being tortured. Even if there exist laws which say such parents should be punished, no proper action is been taken. Above all there are still many who are not even   aware that such a group of people exist among us.

However, the law passed in 2014 in favor of transgenders and the abolishment of Section 377 of IPC in 2018 are signs of relief from the part of the government. They are gradually gaining acceptance in fields like arts and politics.

Today the LGBTQ community is a minority in our society. For a moment just think the other way out. The feelings that we would feel in that kind of a society is exactly what they are experiencing now. If you believe in the freedom of love, if you support equality then why are you hesitating to accept them. Be a human and make a living space for them too.