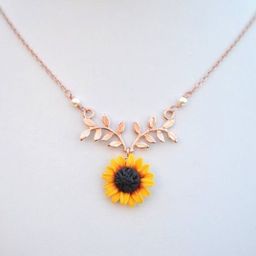 I don't think Netflix needs an introduction. As Mike Colter has said

Netflix shook it up, brought this whole new generation of people who said, 'I watch things when I want to watch, how I want to watch, where I want to watch, and that's something that no one's going to ever forget.' This has changed the game completely, and I think it's the tip of the iceberg.

With a plethora of shows available just a click away with great stories and impactful acting, Netflix and other streaming sites have taken over the world. Here are some of the best shows of 2019 on Netflix that are worth watching when you have a weekend of winding down round the corner:

If you thought that shows based on school life have gone boring and repetetive then you are wrong. Sex Education is a British Netflix Original which grips you with it's awkward teen stories and how the school kids try to sort sex out in their own way. Season 1 is available for streaming.

Based on a novel of the same name by Caroline Kepnes, You is a thriller which makes you question when you start to root for the main character Joe. Joe meets Beck, a grad student and stalks her so much that he takes over his life. You can stream season 1 while waiting for the second.

A high school student by the day turns dark arts practitioner by night in a town where it always seems like its haunted. It's a fun show with adventures of Sabrina and her friends turning it a little bit creepy sometimes. Totally a worth watch though. Two seasons are available on Netflix.

A sitcom show with a Latino family which are working through their lives in modern America. It will make you laugh, and cry and feel soft and will leave you with a feel good feeling at the end of every show. It's also a great watch as it tackles all kind of issues from immigration to sexuality. You can watch the three seasons whenever you feel down.

A dark comedy which makes you feel dreaded but you can't help but root for those poor kids as they blast across the suburban England with crime spree in their trail just because of their past and because they naively believe that they can do anything. It has a tiny season of 8 episodes which can be binged in a sitting.

A show set in the dystopia India where terrorism is at its peak and government has become a tyrrany of sorts. Where soldiers and officers are convinced that even a small step outside the rules set by the government is against the nation. Sounds terrifying but what's terrifying in this show is something you can't imagine.