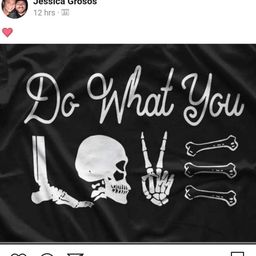 The formally unite of two people in a personal relationship. This is a pure meaning of a marriage but is that it ,when we see our parents we never thought how efforts they had taken before to make it till now .marriage is not really a simple just like the lines written above .this is more than that .A life which are full of adjustments ,emotions, enjoyment ,ups and downs,boundation and blessings .the matches between two strangers or in some case lovers ; they now have to stick with each other like really its kinda boring and sometime annoying. What happened if the person you are going to marry is totally opposite ,you both have different opinions,judgement,choices,point of views.

There is saying opposite attracts each other but we are not charge particles dude. We are an amazing creature full of labyrinth system and different harmones running within our systems. I am not against it but everything has its pros and cons.

And now it all started with a wedding.
Hall full of relatives and friends.The souvenir photo album,And the match with our name in raised gold letters.they both are like way different from each other but still they thought maybe they can make it. As turning pages of calender ,they both try to ignore and quite each other mistakes.sometime they get argue about their in laws,the nervous breakdown confronting their in laws.

A women as a wife try all her efforts to make her married life genuinely strong and improves. She once consider money something to be against because the only kind of marriage she could respect was a spiritual relationsip. There are lot of problems arise but they manage to tackle all but there are few couples who gave up on their promising,vows,connections and a glittering social life and the end of Romance in the form of brief encounters,moonlights,love songs and i cant live without you like dialogues. But for someone the married is better than watching movies at latenight alone

And they wins over the hard situation,the difficult phase of life.doesnt matter if they both are from different world. As its true love and care about each other values that always wins, respect towards each other. And that is maybe not a perfect but a succesful 'Marriage'.

Khushi B
Khushi B
64 views