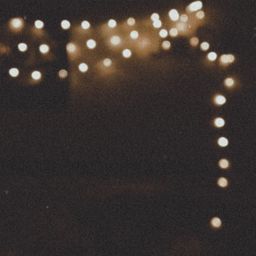 Marriage, a joy of celebrating love for one another. A day when two people come together to declare their love to the world. Tying the knot with smiles on their faces knowing it’s the beginning of something new. Something good. They say marriages are made in heaven, the sacred union of two souls. Be it the two circling the Agni or saying, “I do”, they hold promises in their hearts that they look to fulfill with their partners. The reality on the ground will always be slightly different from the ideal marriage, but for two people to have found each other, to spend the rest of their lives together, is overwhelming. It’s heartwarming. Looking at them, we see faith that there is love out there for us too. For two people to have vowed to be with each other through thick and thin with all their heart, is pure and beautiful. With excitement in their hearts, they await the onset of a journey that lies before them.

The sunrise on the wedding day is heavenly and the calmness in the air is soothing. It’s magical. The chirruping of birds makes the morning even more beautiful. With the rays of the sun piercing through the window onto the bed, the room glows like a golden palace. As an Indian girl, the idea of a wedding to me, is the melody of Jasleen Royal’s “Din Shagna Da.” The song perfectly portrays the beauty that lies in the air, the smile on everyone’s faces and the happiness in every heart. The “lehenga” and the “sherwani,” appear to have life in them. The jewelry shines brighter, and the place looks livelier. The lights brighten up the place, looking just as pretty as fireflies in the dark. As both the bride and groom circle around the sacred fire, we see divinity and graciousness in the atmosphere that surrounds us. The moon glows a little more that evening and the entire scene looks exquisite. The laughs and tears hold a different meaning that day. The emotions, on the day of the wedding, of not only the bride and groom but also of every individual witnessing it, cannot be described with words.

Some say it’s luck, some say it’s written in the stars but very few believe that it was just the two of them who chose to hold their hands together and make it through everything. A future beholds for every married couple, a roller coaster it should be but for them to know that they have each other is happiness. As they say, home is not a place but a person, it’s extremely beautiful for someone to have found their home.