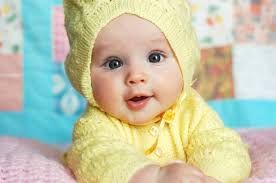 The Indian Honour System is the system of giving awards to individuals or sometimes to the organisation for providing services to the Republic of India. It is broadly classified into five types. They are :

The highest and most respectable honour that a citizen of India can receive is the Civilian Awards. It is given for the exemplary work done by individuals. Government awards four Civilian Awards to the citizens of India i.e.,

Among the Civilian Awards it is the highest one and which was instituted in the year 1954. The recommendations for Bharat Ratna are made by Prime Minister to the President. It is conferred in the fields of Science, Literature, Arts, Public Services and any field of human endeavour. The first recipients of Bharat Ratna are C. Rajagopalachari, Sarvepalli Radhakrishnan and C.V. Raman. From 1954 to 2019 this award is bestowed upon 48 members including 14 individuals who were awarded posthumously. The first individual to be awarded posthumously is former prime minister Lal Bahadur Shastri as the statutes didn’t provide for posthumous awards however amended in 1955 to permit them. The recipients on conferment of the award receives a Certificate (sanad) signed by the President and a Medal.

Padma Vibhushan is the second-highest Civilian Award after the Bharat Ratna. It is given for “exceptional and distinguished service”. The first recipients of Padma Vibhushan are Satyendra Nath Bose, Band Lal Bose, Zakir Hussain, Balasaheb Gangadhar Kher, Jigme Dorji Wangchuck and V.K. Krishna Menon. From 1954 to 2019 this award is bestowed on 307 members including 12 posthumous.

Padma Bhushan is the third-highest Civilian Award after the Padma Vibhushan. It is given for “distinguished service of a high order”. From 1954 to 2019 thisaward is bestowed upon 1254 members including 21 posthumous.

Padma Shri is the fourth-highest Civilian Award after the Padma Bhushan. It is given for “distinguished service”. From 1954 to 2019 this award is bestowed upon 2840 members.