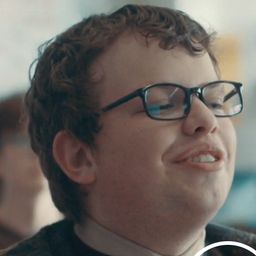 Men can’t keep their hands to themselves. Men and women are grown in a way where they are conditioned to believe that women should be demure and play hard to get. Men should keep pursuing because the girl is shy, at least that’s what they believe. But no means no.”

Media and people have all come together to act like it’s not a rapist’s fault that he chose to sexually assault someone, and it’s just society’s fault. The New York Times in an article about a eleven year old being gangraped by around twenty men showed us a clear example of rape culture by justifying said rape because the survivor would hang around older boys and didn’t act her age.

Indian society likes creating a gap between girls and boys, right from their birth. Go to an elementary school class. And you’ll be able to see that they ask the students to form two different lines for each gender. These subtle ways that show the differences between both genders. If one eradicates these, perhaps we will all grow up knowing that girls and boys are not different, at least not in the way it is portrayed.

India is a patriarchal society. Men assume the top positions; since ancient times, the man has always been the head of the family. This is why victim blaming is so rampant in India. Laws for raping aren’t tough enough. Imprisonment for seven years (or at least twenty if it’s serious) aren’t enough for someone who thought sexually assault was something they could get away with. When a victim is raped, she often tries to file an FIR. However she fails, and if she does eventually succeed there is little to no action unless there is media coverage. This is especially true, considering how the case of Nirbhaya is so widely known and the severity of punishment for the rapists. India doesn’t take rape seriously, which is heartless considering what the survivors have to go through.

Survivors of rape have to deal with society’s victim blaming while dealing with the psychological effects like PTSD, General Depression or Anxiety. Besides that, many times family and friends isolate them, adding to their problem. And marriage is out of the question. They face problems finding a spouse because most of them want virgins. Society’s reaction deals with ostracizing the survivor more than the rapist. Almost 98% of rape cases are committed by someone who knows the survivor. Many a time, the survivor may even be afraid to do anything because the rapist might take revenge.

It’s as if society has constructed obstacles in between a woman and justice. Although rape cases are reported more often, India still has a long way to go in giving women all around the justice they deserve.