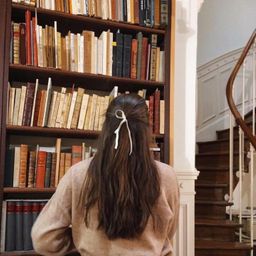 You’ve grown up hearing about heroes but you’ll raise your daughters, telling them all about Sheroes. ‘Damsel in distress’ has gone out of fashion. ‘She wasn’t looking for a knight, she was looking for a sword’ is the latest trend.

You update your wardrobe every once in a while, don’t you?

You probably know about Facebook, Twitter, Instagram, Snapchat and the like. Each has something in common other than being popular social media. Yes, you guessed it right. It’s that they all, being in a men’s world, made by men’s minds, by default have zero tolerance for women-specific stuff. But that’s okay. Nothing can be perfection.

So where do we get a platform where women talk about what women want to talk about?

Sheroes - The Women Only Social Network

A hundred leagues above your ladies’ WhatsApp group. It’s a women’s world at Sheroes. Don’t believe me? Check it out for yourself. There’s an app too.

Trust me, we’ve needed something like this for way too long now. Because in our society girls are not protected, they are overprotected. When it’s time for them to step out from under papa’s wings out into the big bad world, they are hopelessly naive, having been sheltered and sequestered within four walls all their lives. A recipe for disaster.

Parents are leery of allowing their daughters on social media because they fear someone will take advantage of her. Good intentions but lethal consequences.

I’ll elaborate with the help of a story.

Say, I plant two apple trees. I build a fence around one and leave the other to combat the elements as it would. The day the young trees have grown and are ripe with apples, I remove the fence off of the first tree too. The first tree can’t withstand the ferociousness of the elements and is damaged. I quickly put the fence back on because clearly, that tree is weak. I’m not worried about the other tree. But I’ll keep an eye on the first tree from now onwards. I’ll keep track of what it’s doing. Or I’ll just build a wall around it. There. That’s better. Now nobody can harm my tree.

Now if I say that the first tree is a girl and the second one is a boy, doesn’t it sound like an eerily familiar story? One that begins with the girl being underestimated, overprotected, and not allowed to prove herself. And ends with her never reaching her full potential and sentenced to be a dependent human being, forever.

Nobody can blame a parent who believes they are shielding their daughter from social media. They do it because they can’t bear their daughter’s tears. They fear cyber crimes will ruin her life. They’re not wrong. But she will never be able to grow out of her shell.

We need a safe platform for shy girls to flourish into confident women.

Sheroes does that, and more. As I said, nothing is perfection. But Sheroes is pretty close to it.

How about we girls give it a try and see if we like it?

After all, we don’t live in caves at the mercy of men anymore. We make our own choices now.