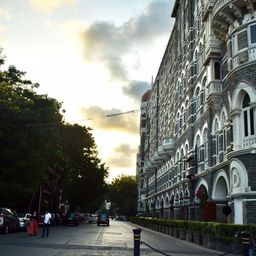 I asked a 11 year old girl today what her deepest fear was and she said that she cried in fear every night praying that her uncle doesn't walk up to her room to make her do things that she doesn't understand, but somehow feels is wrong. I asked a fourteen year old boy the same question only to be given a very similar answer.

As per statistics, one in four girls and one in six boys are sexually abused before they turn 18 years old. One in five women and one in seventy one men are raped at some point in their lives. The statistics are crazy and it only proves that men are not any better off than women. They are made to bear their burden in silence and in both these cases, society uses different measures to shame them.

If a girl is raped, then they somehow seem to think that she also had a role to play in 'seducing' her rapist either by short clothes or by an aggressive attitude and do please feel free to explain how this logic works because I've found it so redundant to even say it out loud. If a boy is raped or sexually assaulted, society uses mechanisms called stereotypes to make him feel belittled to even talk about the rape or assault because well, men are supposedly the stronger gender and they seem to believe that somehow men being raped or assaulted is something that can never happen.

In recent days, there's a higher rate of awareness regarding these crimes but that hasn't stopped these crimes from happening. We need two sets of solutions to deal with these two different kinds of victim shaming that the two genders go through. A woman must be allowed to speak about the injustice done to her, without having this society asking her what dress she wore when she was raped. Men must be allowed to express their pain and emotions after going through a traumatic sexual assault, without the society making him feel any less a man because he chose his mental health over social stereotypes.

If you're a woman who's been through torture both physically and mentally, make sure you don't feel any guilt in whatever that's happened because the society asked you to share the blame with your rapist or sexual offender. If you're a man who was made to go through rapes and sexual advancements in silence, make sure you don't feel weak or cast out because the society told you that your gender doesn't go through all of this.

Raise your voices, clear your confusions, support every human being and let's make this world a safer place to live in.

Kriti A
Kriti A
36 views