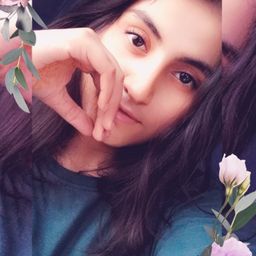 An inappropriate touch here and a stingy remark there.

An obscene gesture here and a vulgar glare there.

It is very appropriate to say that all of us have faced at least one of these things or maybe all at some point in our lives.

Sexual harassment has been increased at an alarming rate in the past few years. Women are constantly becoming prey to the beast inside of men. The lesser-known fact about sexual harassment is that men too are a victim of it. Less often than women but the agony is no less.

What is sexual harassment?

Sexual harassment is the unappreciated sexual behaviours, request for sexual pleasure, physical gestures of sexual nature and other sexual jokes or talks.

Sexual harassment can occur in various circumstances. The harasser can be of any gender, sometimes may be of the same as the victim.

The harasser's relationship with the victim does not stop him at all. In fact these days the closer the relationship, the more chances of harassment.

Young girls are harassed by their uncles, cousins, and other relatives then they are silenced in order to protect the dignity of the family.

This dead silence due to the fear of defamation to the girl and her family encourages the harasser.

#Metoo is about you too - Image source: theycallmenari

Since the onset of civilization, women have been considered inferior to men, someone men can mistreat.

They have been considered as the lower strata of the society that cannot have its say in any matter for they are far less talented and intellectual than men. This has led to the mindset that women only belong in the bedroom. Their existence has one motive, that to serve men as sex machines. Read more of what causes sexual harassment: sexual harassment causes

Whereas sexual assault is an unwanted sexual contact, often physical.

Sexual harassment has become a prevalent issue lately. More and more women are becoming a victim of it.

Statistics show that 50-90% of women face sexual harassment. These are cases that come in light, there are so many that are not even reported out of shame and fear and sometimes even because of unavoidable restraints.

Sexual harassment in the workplace is an example of that. Women are harassed by their colleagues, managers and bosses. They are blackmailed to be kicked out of the job if they don't fulfil their boss's sexual demands.

The need of the hour is to eradicate this problem from the roots of society. We cannot abolish sexual harassment suddenly but we can certainly take steps that will help us and those around us.

1) Say NO: Sometimes the other person doesn't realise that their behaviour is offending and causes you discomfort. Inform that you are not into it and ask them to stop.

2) Share your agony: Talk to your parents or close friends about what you are going through. They will support you and help you overcome the height of an adverse situation.

3) Raise your voice: Government has taken initiatives for the security of women one of these is National Commission for Women( NCW). It is concerned with advising the government in affairs related to women. Many other movements like #MeToo have started to help women in raising their voice against the injustice.

Experiencing sexual harassment can have atrocious effects on your mental as well as physical health.

A victim of sexual harassment or sexual assault may develop anxiety, depression, PTSD, and sleeping and eating disorders. They lack the motivation to do any sort of task and often lose hope of living if the case becomes too serious.

This trauma affects the physical health of a person as well, headaches and fatigue might become a continuous problem. Their health starts depreciating due to eating disorders.

The victim becomes emotionally weak and guilty. They start fearing people who try to come close and restrain from going out due to the humiliation society puts them through.

We as a society have a responsibility and that is to stand with the victim instead of blaming them for what had happened. We must change the belief that women seduce men into rapes and harassment.

"I'm not your dog that you whistle for; I'm not a stray animal you call over, and I'm not, I never have been, nor will I ever be your 'baby' " - Joy Jennings

Sexual harassment must not be tolerated.

Rape, Rapists, Crime And The Chastisement

Right Age To Loose Your Virginity