Cyber Bullying- The Most Trending Disease 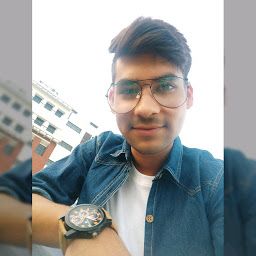 But, recently I came across a word which is now trending these days especially in teenagers who are using social networking sites on a large scale. The word is, “Cyberbullying”. It means when people use social media sites or the internet for harassment of people as well as use them as a medium to threaten people. This type of bullying is not limited to any place, area or boundaries but it can happen with anyone and can happen anytime.

Many cases in foreign countries have been reported and it is now considered to be as a serious crime. When someone is threatening you or taunting you in a wrong manner especially to girls than this is a situation of cyberbullying and we all have faced these situations many times but now we got a name for this process.

Teenagers are especially affected by this process of threatening to cause many negative changes or effects in them like:

Many teenagers who have faced this problem are going into depression. Many parents were afraid of sending their children outside their homes because they were knowing that the bad boys may threaten their innocent children but now the problem came home by knocking on to your doors. Internet and social media is the medium which is the pathway of these types of cyber crimes and also effects the people especially teenagers who are daily customers of these social media sites.

Some teenagers who were affected by these problems are likely to suffer from serious health issues causing damage to their physical health because they get afraid of sharing this problem with their parents and hence causing various problems related to health like anxiety disorder, weakness as they are not able to eat proper diet, etc.

Cyberbullying is the main cause of children and teenagers running away from school and colleges because they develop a fear of meeting people in real life. When they are threatened by people on the internet than they start staying away from people even in the real world. The main cause of this problem is also that the teenagers don't share this with their parents causing them to pile up the problem resulting in a negative manner.

These are some of the tricks for you to get rid of these types of situations as it is a technological world and everyone uses the internet, so if you face such problems in the future than you can get out of it by following simple techniques:

This is the basic rule to be applied in these types of situations when you find yourself bullied by anyone. When you start blaming yourself than it gives you mental stress and you are likely to suffer from various health issues like depression and anxiety disorder. So, try to ignore these messages and text as much as possible.

“No one can enter your brain unless if you give them permission to do so”. These people are likely to threaten you and affect your brain when you give importance to them and their messages, but if you start ignoring them and stop being too social with anyone that it can help you a lot.

3) Exercise and do meditation

This is a solution for those people who are not able to release their stress and they are having the problem of overthinking. When you continuously think and give importance to an incident which had already occurred are likely to make space in your mind. Exercising and meditation are the only solutions to release your stress and it will also keep you healthy.

Using social media itself is a reason for many problems like depression, anger, etc in people especially teenagers because when they are not able to share their views or talk to people that they are not able to show their emotions which gets piled up in their brain causing to stress problems and anxiety disorders. So start diverting your mind and spend your time playing outdoor games or reading books which will keep your body and mind healthy.

So, if you are living in a modern world than try to use technology and do not let technology to use you because it is very useful when used properly but a very harmful thing when used it with cruel intentions. So it's better to be alert than to be harmed.

How To Stay Mentally Strong