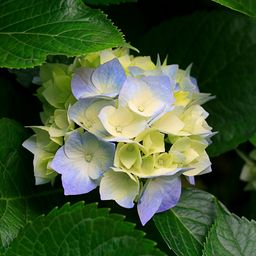 It means that the experiences of teenage years are confined to these years only and cannot be enjoyed later in life. Entering our teens can be exciting. When a child is about to enter his teens he develops a strange feeling as he steps into a new phase of life. He believes that teenage years are just meant for fun and frolic, and is also unaware of the problems experienced by all teenagers.

The area of teenage life is not necessarily rarefied; we've all gone through that period. It's not as rarefied as a western or a space adventure or a gangster film, but it has its own dynamic.

We assess our teen years as an amalgamation of both joys and pains (though we may still come across many more later in life). Some common problems and the most relished moments of life form the pivotal ingredients of the whole teenage span. It seems that all the joy is crystallized in these particular years.  The first and the most universal problem which a teenager comes across at the beginning of his teenage journey is that of 'identity'. It takes some time for a teenager to realize that he is not a child anymore, yet he can't act as an adult. He is confused whether to term himself a child or an adult He simply can't enjoy himself in the midst of a crowd of other age groups until he finds another teenager. Neither can he mingle with adults nor can he spend his time with children. He feels like a complete misfit. , being a teenager, we only enjoy the company of young people.

Another problem which can make a teenager's life miserable is the abrupt physical changes that occur. These changes are new and are sure to make one shy while interacting with people. Teenagers are very conscious about their physical appearance and that adds to their problems. The face changes to quite an extent, the voice deepens (in boys) and the teenager now bears a mature look. One is often confused guessing whether they are adults or children. The craze of music is at its peak during teenage years. Many people have confessed that they enjoyed movies and music to a great extent in their teenage years. Being a music or movie buff does not pose a problem for the teenagers but remains to be a source of anguish for the ones living with them i.e. their parents and elder siblings. Parents feel spending too much time listening to music and watching movies would adversely affect their child's grades. This perception is correct without any doubt.

Here teenagers have to compromise. Leaving aside their teen sensations they need to concentrate and focus on their studies. Not that they should stop listening to music. What they need to do at this time is to keep a balance between studies and entertainment. If this equilibrium is achieved then teenage problems related to studies would end to quite an extent.

Although teenage years are a bit strange and confused, yet it is the most precious time in a person's life. The fun and enjoyment of this phase cannot be surrogated by the joy of any other period of life.

Teenage years are a carefree span of time. Teenagers have no responsibilities other than studies. One has to concentrate on studies and the foremost aim is to get good grades. But later in life the
problems and responsibilities, both personal and professional, swell up instantaneously, and then we will remember how carefree we were in our teens.

Friendship also plays a pivotal role in a teenager's life. Friends made at this stage are likely to stay together. The bonds of friendship are strong enough to hold two friends together for the rest of their lives. Friendship is extremely important as at this stage sharing thoughts and views with others is extremely important. Knowing what others feel about certain aspects of life helps teenagers assess whether one's approach to certain things is right or wrong.  Being in the company of good friends enables a person to learn social skills and deal with different people. This would help teenagers later in life. This is the best time to learn skills for social acceptance. The list of joys and pains experienced by teenagers can just go on and on. The bottom line is that despite some pains teenage life is full of fun and excitement. Teenagers must keep in mind that these precious years would not return and thus they should make the most of this time. Keeping in mind their own identity they should walk proudly and try to find ways to overcome their problems, after which a lot of joy and excitement await them.

The focal point is to realize the importance of these years as a valuable possession. I have realized my own identity as a teenager and am proud to be one. I neither act as an adult nor as a child but simply as a teenager - the way I am supposed to. I feel as though I have got the best out of what I have been blessed with.

Importance Of Music In Life