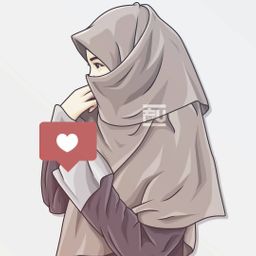 Human overpopulation is an animal rights issue as well as anenvironmental issue and a human rights issue. Human activities, including mining, transportation, pollution, agriculture, development, and logging, take habitat away from wild animals as well as kill animals directly. These activities also contribute to climate change, which threatens even the most remote wild habitats on this planet and our own survival. Overpopulation is an undesirable condition where the number of existing human population exceeds the carrying capacity ofEarth. Overpopulation is caused by number of factors. Reduced mortality rate, better medical facilities, depletion of precious resources are few of the causes which results in overpopulation. It is possible for a sparsely populated area to become densely populated if it is not able to sustain life.

Exhaustion of natural resources: The main effect of overpopulation is the unequal and unrestrained use of resources. The planet has a limited capacity to generate raw materials and each year the natural resources deficit – the consumption of resources at a faster rate than the planet is able to generate them – is reached earlier. Consequently, in developing countries, overpopulation causes fierce rivalries to control resources. Territorial conflicts over water supply are due in many cases to geopolitical tensions and can end in war.

Rising unemployment: A high number of workers exist for a limited number of vacancies and this seems destined to lead to high rates of joblessness in the future. This in turn could provoke rising crime and social revolt.

Environmental degradation: Unbridled use of natural resources, as well as growth in energy production from coal, oil and natural gas is having a negative impact on the planet. Consequences number, on the one hand, deforestation and desertification, extinction of animal and plant species and changes in the water cycle and the most direct consequence of all in the form of emissions of large quantities of greenhouse gases leading to global warming.

Technological advances: High concentrations of people in urban areas also brings with it research and development in the quest for solutions to the population’s needs. An example is the popularisation of communication technologies and the generation, collection and use of Big Data for sustainable ends, as well as the emergence of Smart Cities adapted to ensure good living conditions for the increasing population.

Rising living costs: All the above will lead, at the end of the day, to increasing living costs in most countries. Fewer resources, less water, the packing of many people into confined spaces and a lack of money are provoking an increase in the cost of living whereby only a percentage of the population will be able to cover all their needs.

As you can see, the impact of overpopulation is tremendous. Overpopulation isone of the biggest challenges humanity is facing and threatens the near future of the planet in economic, environmental and social terms.

Overpopulation is one of the most important problems facing humanity today. Our planet’s health and wellness is being affected by the overpopulation of people on the planet. Overpopulation affects all of us as scarcity of food will increase, pollution will increase and global warming becomes even more of a problem. With more and more people putting a strain on the planets already limited resources measures must be taken to curb population growth.