She Is A Big Girl. 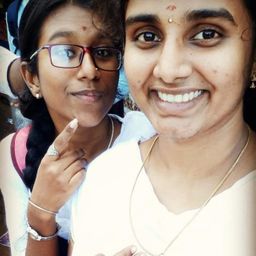 She is a big girl. She really is. All grown up to put up with the cruelty of the world. Big enough to face her demons. Proud enough to muffle her sobs. Brave enough to smile through her pain. Tough enough to hide behind a smiling mask. Yet also stupid enough to hide her heart behind walls so as to not "risk" it.

She is a big girl. She sings along with her shower and dances with the wind and thinks she can bear the weight of the whole wide world in her pretty little shoulders. Yet at the end of a hard day all she wants is for someone to tuck her in and make her feel safe. Someone to put her to sleep and stay till she wakes up. Someone to make sure she's going to be okay.

Someone to make her laugh and smile and not break her at the end of it. Someone to follow her through the dark and lead her out to the light. Someone that'll jump into the rabbit hole with her until she is ready to climb out on her terms. Someone who'll let her cry the last of her tears. Someone who'll just sit and listen as she goes on and on about the crazy dream she had and her Octupus boyfriend.

Someone to say " I'll stay with you" and does the same to say "I told you so". Someone that understands they'll have to clutch and claw for every inch of her heart. Someone that'll learn her like those lost to the world arts.

Someone that'll wait for her in the shore with a fluffy towel and a hot cocoa until she gets into her thick head that she can't swim across the ocean and when she comes back just lets her be.

We all have or wish for that someone to be in our life may it be mom, dad, sister, brother, kids, friends, lovers, spouses whomever it may concern. But until we find our someone we can be that someone for those who are in desperate need of their 'Someone'. Afterall wish is something easier to go with.

So every night she looks up at the stars and wishes for that someone to arrive atleast a second sooner.

And then dusk gives way to dawn and she puts on her big girl pants again so that she can flash her cheery smile and get smiles in return.

After all the most important things in life are not necessarily things. Are they?