A Candid Meeting With My Beloved One 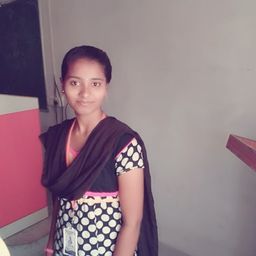 After a few weeks.

I have a meeting on even on weekends so I went to express avenue mall to attend my meeting. When I’m returning back from my work.There was person playing drums in the mall. According to the beats of the drums I’m tapping my foot without knowing my self. Music is an art ,which influences every part of your body. Suddenly I saw a familiar face in the crowdnear a café which is infirst floor of the mall. Yes ,she is Nikhitha Arora.

I noticed that she is there in the café alone .I thought that what’s wrong if I go there and accompany her. When she noticed me and then she smiled. Even I smiled back. I made a wave towards even she did the same. I went near to her.When you see the people whom you know this what you felt do. You know when your loved one’s smile it kills you . Damn it . It just hit my heart just like an arrow.

I asked : what are you doing here? . Are you alone?

She told to me that she waiting for a friend ,they came to watch a movie.

She asked: What about you sir?

I said: Actually, I had a meeting with a client. Just now finished it.

I asked: Where is she?

She said: she went to collect some books from book store. She will be here in a while.

I said: Do you need company?

She said: No sir . I don’t want to take your time.

I said: No issues. Probably I don’t have any meeting after this. I’m free.

Our conversation began formally but, in no time, it became quite relaxed and informal when we found out some amusing things.That was my first ever candid talk with a girl whom I admire the most.I don’t know why, but I felt like talking to heragain and again .Even when we lack of topics we may talk about. When I have lack of words to .It was hard to curb that urge. But I had to control it, because I did not want to mess things up, right in the beginning, by becoming a guy who bothers her when she needs some privacy.

We ordered some drinks and snacks for us. I waited over there until her friend came. When she came there she introduced me to her friend.By the way she seems to be jealous because I had really a good conversation with her friend.

A Hope In Need Of Love

Did He Love Your Body Or Actually Loved You?

A Person With Smile Is Not Always A Happy Person