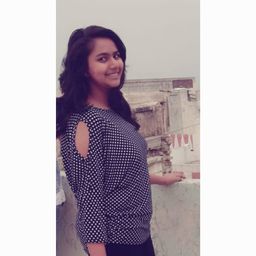 Have you ever felt guilty for the acts you’ve not committed?

This human I’m living in, makes me feel so. For all of her missed deadlines, broken promises, every accomplishment she thinks she deserves but has failed to earn, days spent on the verge of a breakdown, nights spent breaking down, piece by piece, layer after layer, a little more each time- it’s all on me. She blames me for all the life she could not live, all that could have been there, but never was. For the evenings she spent with me on her rooftop, swinging between the two sides. A few more dates and she would have been there. She holds me the sole culprit for all of her panic attacks which frequent more than all of her smiles combined. It’s because of me that the hatred within her has grown so much, she thinks she’ll either end up burning herself or her dear ones. For her OCD, she bargains that I could have been a little easy on her, but oh dear, is it all my fault? All those days she refuses to leave her bed, avoiding daylight like she’s allergic to it- she blames everything on me.

You know what? I’m better than that.

Oh, let me tell you. We started off good. In fact, now that I’m going back, it was brilliant. For every exam she was underprepared, she used to come to me just a few hours before. We completed books after books, all in one night. It was magical! Together, we did wonders. I could never see her missing out on things or people. I made her notice even the slightest of things. My every trigger worked. We always left everyone wondering how could she be so much, so elegant, so perfect. If only they knew it wasn’t just her. I could not bring myself to ever leave her side. She carved her empire so flawlessly, sculpting everything with such care. She was the builder, and I was the architect. It was surreal.

So far so good, yeah? I don’t seem to understand where did we go wrong then.

It often gets frustrating for her, for she no longer recognizes herself. For I’m a loaded barrel and not knowing whom to kill. You cannot get rid of me just like that. Without me, no one would value serenity. Looks like you people love her far more than me, even though she never empowers anyone to act. If it was not for me, you ungrateful wretches would not have made any progress whatsoever. What is a world without me anyway – all calm and well-demeanoured?  I’ve never heard of one, never lived in one, not here, not anywhere.

How can she even think of getting rid of me? When it looked like everybody was leaving her side, everything slipping out from her hands, it was me who embraced her with my darkness. I made sure to save her from every single ray of hope. I’m all that she has, but these days, I see some disgust on her face. I wonder why. All I know is somehow it’s me who has made her believe she’s the worst, hence her always acting like she’s the best. I’ve seen that rather than going out and actually meeting people, she has taken to writing about them. Writing about them a lot, but never for them. She no longer seeks friends; all she looks, for now, are writing prompts.

I guess she’s beginning to get some ideas. Acknowledging me and helping out herself. Her words which were supposed to be cutting her with their sharp edges, are healing her. They talk to me too sometimes. We understand each other better now. The verses which radiated rage, are emitting warmth now. She’s trying to understand herself, and everything that has happened to her. One part at a time. Every time she thought her life was ending, turns out it was just a new beginning. And this time, her urge to write a poem became stronger than the urge to write a suicide note. So, she wrote the poem.

Maybe you should try too?