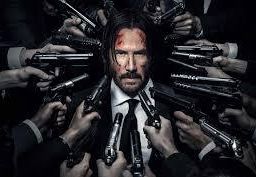 I just finished 2 years of High School, waiting for the third year. I actually wanted to start gaming, but you know how parents are, wanting kids to play outside.

So I went outside to play. I rode my bicycle when I saw, terrorists attacking the society!! I fell off the bicycle, in fright, of course. When I fell down, I saw a gun, a pistol to be exact. I was really scared but I still wanted to save people, I guess.

So I sat on the bicycle and rode it to danger town, I mean around the van of terrorists. I killed the terrorists that were outside the van, kind of felt like I’m playing Call of Duty: Black Ops.

I was riding the bicycle when I saw my brother about to get shot!! I rode my bicycle in such speed that I even sliced through 1 terrorist, kind of brutal, but I did. I jumped off the bicycle, and shot the last terrorist.

Finally, soldiers were heading to the society and they hired me, I got to spend my vacation as a Special Forces agent!! I guess it was my bravery.

Vacation’s over, and I am starting the 3rd year of high school. As I entered the school, I saw 2 boys bullying a girl in the hallway. So I said, “Hey you bullies, stop bullying that girl.” One of the bullies said, “So this kid will tell us what to do. Scram if you don’t want to get hurt badly.” “I would rather see you run away crying from me than that”, I replied. The bullies got angry and, well, I hurt them, and they ended up in the hospital.

The girl who got bullied said, “Thanks for saving me from those vicious bullies. I’m Laura by the way.” “Hi Laura, I’m Rez.” I replied. Viktor also got bullied but he was hiding in his large locker. Then me, Laura and Viktor became friends. Months passed, we studied together, played together, we did almost everything together in school.

Finally, it was Annual Day and we had fun. I came back from the washroom, And I saw something terrible. Supervillains attacking and my friends tied with rope!! I said, “Leave my friends alone!!” When they heard me, all I could feel is pain, because they stopped everything and started hitting me. With an iron rod, then an oak log. When I was lying on the ground and one of the villains hit me with a baseball bat, I felt something different.

Whatever it was, it made an explosion, killing some of the villains. Then I had changed a lot!! Red-dyed spikey hair, leather clothes ripped a little bit, red fireball in my hand. I started killing the villains 1 by 1. As soon as I untied my friends, They got powers like my powers, except the colors and hairstyles. Then we became superheroes, thanks to our great friendship.

As you know from part 1 that I am a gamer, and from part 2 that I am a superhero, me and my friends also play games. We play a game called Garena Free Fire, a battle royale game. But when I played too aggressively, I got sucked into the game!!

I had the skin of the character Maxim, so I could recover easily, which means less chances of dying.

So I started my journey, gathering loot, hunting people, getting a car and driving it and killing people in my way. When I beat Bermuda I got teleported into Bermuda Remastered, the harder version. I almost got killed when I did.

I did the same thing there, but I was also exploring the luxurious temples of ninjas, and trust me, that looked AWESOME!!! But while I was, I got a scar on my arm. It was from a katana, a ninja sword. I got another scar from a sniper bullet. And a third one from a monster truck blast. Note: If you play Free Fire, this might sound like Kelly’s story.

Finally I got teleported into another world. I didn’t know which one it was, until some guy kicked me in the stomach. While I was on the ground, I looked around and saw a lot of humans inside the game. ‘So this is Kalahari.’ I thought. So I took my gun and started fighting.

I finished killing the people looking like early humans. Then I saw the Liberi, the Warbringers, and the guy who kicked me in the stomach. When I shot one bullet, it didn’t hit them. Instead it hit me. I got confused. So I shot them 2 times, and they hit me again.I had 70 HP remaining. hey started hitting me, until I felt something.

Remember the 3 scars? They were the scars of bravery, friendship, and never giving up. I felt a soul inside myself, which apparently wasn’t mine. Red - armored, soulful eyes (I mean I had souls in my eyes), and a scythe in my hand. Then I threw soul bombs, killed all Liberi and Warbringers, and came back out of the world with a lot of other people.

Moral? Well, be brave, stand by your friends, and never give up.