Rwanda - An Unheard Success Story Of A Country 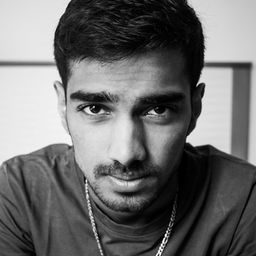 Imagine a country with a GDP growth of 8% in the last decade making it one of the fastest growing economies in the world. Our mind immediately shift towards Singapore, China or India. But there is one small African country which is catching up with the big players – Rwanda. You might have heard of Rwanda when it took the headlines for its most intense genocide in the 1990s or the humanitarian aid it receives from western countries. But the country has truly transformed and risen from the ruins and is now setting an example for other developing countries.

Rwanda has moved forward from its dark history both politically or economically and is predicted to have a steady growth in the upcoming years. Rwanda is becoming a hot topic in the financial world. A country that used to appear on humanitarian aid commercials is now an economic success. And its president, Paul Kagame is one of the major reasons for this turn of events. Yes, his government is kind of authoritarian but he successfully manage to bring his country out of poverty so no major complains there.

Since Paul Kagame came into power, Rwandans have tripled their income and the percentage of the population that lives in extreme poverty is reducing year after year. In order to bring peace in the region, Paul Kagame successfully managed to eradicate hatred between the 2 tribes in the country; Hutus and the Tutsis. The conflict between the tribes was the main reason behind the genocide which was mentioned earlier. The 2 tribes used to live in peace decades ago but its colonizers Belgium created a pre-fabricated hatred between the tribes to disrupt the unity in the country to enjoy more control.

Paul Kagame said in his speech that he wanted Rwanda to become the ‘Singapore of Africa’ and they have taken a lot of inspiration of growth from Singapore. Singapore’s success as a business hub can be attributed to three factors: Geographic Centrality, Political Stability and Ease of doing business. Rwanda is trying to replicate Singapore’s business success which has resulted in its high GDP.

To achieve this, Rwanda has made plenty of economic and legislative reforms to foster the business friendly environment. Rwanda has also invested in infrastructure, roads and airports. Rwanda is on the hunt for international investment in the country and it is receiving quite a lot from countries like China and the U.S. Rwanda is safe, clean and growing economically, what more does a country want?

5 Practical Tips For Establishing A Successful Sme Business In Singapore