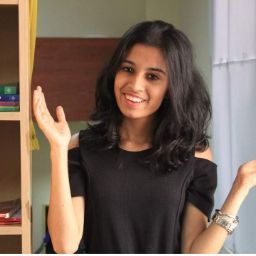 words that had been embarked upon them, the possibility of ranging opportunity building the

basic foundations on which India thrives upon.

but a step, an opening of opportunity, to the great triumph and achievements that await us.’

and disease and inequality of opportunity”. Keeping these words in mind, India has

At first, India found itself progressing as a planned economy with the objective to strengthen

its sectors to be able to be self-sufficient instead of relying on the resources of another. The

industries to form the backbone of the economy, other areas composed of agriculture and

political framework with agriculture which initially comprised of over 60 per cent of the GDP,

growing from 30 per cent. Using the mechanism of a mixed economy where both private and

tried to pull the country out of the state of stagnation.

Planning Commission, which came up with its First Five Year Plan (1951-1956) to raise

domestic savings for growth and to help the economy resurrect itself from colonial rule. It

retaining its objectives to be of a high growth rate, national self-reliance, reduction of foreign

about balanced regional development, prevention of concentration of economic power,

reduction of income inequalities and control of the economy by the State. The planners and

of investment, licensing and other regulatory controls to steer Indian industrial development

on a closed economy basis.

to the poor once the growth process gets established, although most doubted the effectiveness

due to the external factors. Even as the country has progressed in laying out the basic

up the food grain production, a fast-growing population and infrastructure woes demand more

work to be done on multiple fronts.

The Quantitative changes are as follows:-

1. Rising trend of National Income and Per Capita Income:

capita output. During the plan period, the national income of the country has certainly

gone up. In 1950- 51, net national product at factor cost or national income (at

The performance of the Indian economy in this direction in the 1980s, 1990s was

certainly praiseworthy since it recorded a growth rate of more than 6 p.c. p.a. GDP

growth rate in the 2000s is unprecedented. Yet, it is inadequate compared to the

needs of the country, the problem of scarcity and how the country deals with the

2. Increase in Agricultural and Industrial Output:

Over the plan period, the Indian economy experienced a higher growth rate in

agriculture as well as in industry. Pre-plan period recorded an agricultural growth

Performance of the industrial sector is certainly a better one. During the plan

During the plan period, the ‘growth plus change’ took place in India that changed

its entire outlook, India witnessing structural changes that led to benefit them in

the coming times. This signifies the inter-relationship among the different sectors,

that is, primary (agriculture and allied activities), secondary (manufacturing and

When India had been allotted as a low level of the economic development area, one

finds the predominance of the primary sector, which suggests that its contribution

towards national income is the largest. It also means that the majority of the

derives their livelihood from its workings. Therefore, as economic development

proceeds, the inter-relationships tend to change and the previously adopted sectors

The Clark- Fisher thesis says that, in an expanding economy, employment

situation shifts more and more in favour of secondary and tertiary sectors.

That is to say, the number of people engaged in the primary sector tends to decline

while it tends to rise in the other two sectors. Although, throughout the 20th

sector has not fallen significantly.

However, the occupational structure in India is often considered as static with the

growth of both the industrial and service sector.

Building up of social capital is one of the prerequisites of economic development.

capital formation is equivalent to economic development. During the plan period,

we have made rapid strides in respect of the construction of railway lines, irrigation,

the considered criteria for development, which simultaneously help with the process

of development. Although we have managed to escape the ‘low-level equilibrium

trap’, the black stains of underdevelopment and inefficiency are still prominently

existent. Nevertheless, India is ultimately termed as an ‘Underdeveloped-developing

economy’ that is yet to come to its peak in this competitive world.

Has India Benefited From Globalisation?