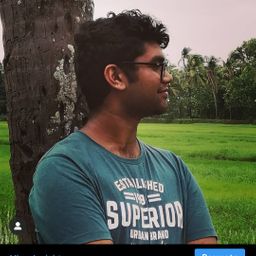 The year 2019 was a tumultuous year, which witnessed numerous developments in the country. From the Ayodhya verdict to a complete overhaul of the taxation system, it was a year which saw landmark court judgements and major public policy revisions. However, in the midst of all these changes and turn of events, loomed a dark cloud of uncertainty and apprehension.

India’s economic growth rate dropped from 13% in 2010 to 4.5% in 2019. It was a real and substantial manifestation of warnings from multiple Indian economists in the 21st century. A country which was once one of the fastest growing economies in the world now registered a growth rate of under 5% with substantial drop in returns across sectors. The automotive industry is witnessing a never seen before slowdown which resulted in lakhs of employees losing their jobs. Major FMCG companies are being forced to slash prices of products to combat the slowing market demand. There has been a sharp drop in investments by private sector companies who are apprehensive of the current market scenario.

Although the Government tried to boost the economy by giving sops to the public, injecting nearly INR 7,00,00,00,00,000 into the banking sector and making policy changes, these quick fixes have done little to restrict the economic slowdown. Unemployment has risen to levels not seen in decades, from 2.44% in 2010 to 7.7% in 2019 and an urgent reform is required for the labor laws in the country.

The crisis has emerged as a big thorn in the side of Prime Minister Narendra Modi’s promise to double the size of the Indian economy to 5 trillion by 2025 and it now seems like a far fetched dream. Moreover, the recent 2020 budget has failed to take adequate cognizance and make remedial measures with the government still in convenient denial of the issue. It is the need of the hour for the government to take up long term measures and plan ahead with the aim of further strengthening the economy. Short term benefits will not go a long way in addressing the issue and  urgent actions have to be taken to prevent further recession.