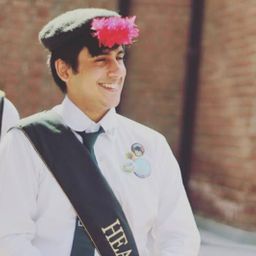 The ongoing Covid-19 Pandemic hasn’t only lead to the loss of innumerable number of lives, but has also engulfed the global economy unleashing an era of economic distress and ruin. Apart from the originator of this virus rapidly ravaging humanity (China), most of the world’s nations, especially those treading on the path of development like India, are now facing economic torment. A poor healthcare infrastructure coupled with a substantial population living in extreme poverty has further added fuel to the fire.

In India, the situation is such that although severe economic damage and ruin is clear, authorities have still found it difficult to accurately assess the complete economic impact yet. “COVID-19's epidemiological dynamics are still rapidly evolving in India, rendering difficult an accurate assessment of its full macroeconomic effects," said the RBI in it’s annual report.

However, what’s apparent is that the Indian Economy is on its way for a double digit decline. Global institutions and eminent economists have cut the economic growth projections of the country to historic lows, while the issues of unemployment, fall in Government revenues among many others loom over at large.

In the face of this economic crisis, the Union Government of the country took several bold steps so as to treat the wounds inflicted by the Chinese virus onto the nation’s economic system. The Economic initiatives of the government started by the announcement of the ambitious “Atma Nirbhar Bharat Abhiyaan” by Prime Minister Modi. By this, an ingenious attempt has been made by the government to make the Covid-19 induced economic situation an opportunity to make the Indian economy a bigger player in the world economy as well as making it “Self Reliant” through a series of efficient, competitive and resilient policy measures.

Several measures had been announced thereafter like collateral-free loan for MSMEs, increasing FDI in the defence sector as well as an import embargo placed on 101 defence items which indigenous producers have the capacity to manufacture. An Economic Package of 20 Lakh crore rupees announced by the Prime Minister also joined the bandwagon of economic recovery policy measures.

Although such bold measures are much appreciated and welcome, it seems they aren’t enough to heal the wounds of economic distress the country now painfully suffers from. These measures which widely have served the supply side of the economy, must be accompanied with a few more which cater to the much talked about Demand side of the economy.

A sort of Stimulus package, especially focused on the non-salaried middle class people is the need of the hour. Income support can be provided to the middle class households, or the government can also explore the idea of a “Tax Holiday” for a period so as to stimulate demand. Increase in government spending on public infrastructure should also help in combating the effects of the demand slump of the economy. One may argue that the Government itself is facing a tight revenue situation, however, stimulating the demand must be of prime importance, as it is certainly the key to revive the economic engine so that India can at least start its journey on the road to economic revival. For, the engine may start on less fuel, but can’t without the key!