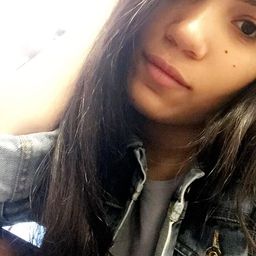 “So, do we live in a free country?
A country where rape is a woman’s fault?
Where flirting is the new trend ,
where a boy wearing shorts is him being comfortable but
a girl wearing shorts is her being characterless?.
Where just a slight smile is taken as a hint,
Where her body shape is made to be body shamed.
Where saying no to a boy is equal to risking her life,
Where she has to be careful about her dressing sense,
Where her morality, her etiquettes,
Come above her comfort,
Where she always has to be ready for a rejection,
But where she has no right to reject someone,
A country where feminism is just a word with very few knowing what exactly it is.
So, do we live in a free country?”

I don’t think we do. No, we don’t live in a free country. Yes, we did get freedom from

Britishers but not from our own mindsets . Recently I saw a video where a women was provoking men sitting in a restaurant to rape a bunch of girls. Strange, right?

Just because one of them was wearing a dress that showed her bare thighs. Is this what she would be teaching her son all these years? To rape a girl if she is wearing a short dress. For God’s sake the world needs to understand that girls are free to wear anything they want to. It is their own wish if she wants to roam in a suit or in bikini. Girls do not dress for any boy or for anyone else.

There was a news about a 2-year-old baby being raped. Why did they rape her? Was she roaming out at night wearing short dresses? Or was she giving them a hint? Of course not, her fault was that she was a girl, who was helpless and cried in pain because the only thing that she could feel and understand was pain.

If a girl is trusting you completely, No, she is not giving you the right to destroy her.
Men are allowed to do almost everything a women isn’t allowed to,
Men roam shirtless without being objectified or slut shamed. Without being raped.
"Men have professions while women, have character dissections."

Lets not blame men. The fault lies in us as women, us as men, us as a society for catering to these sexist stereotypes.