Are We Good Enough To Judge Other People? 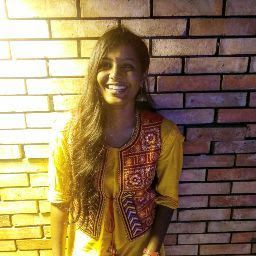 We are more than just good enough but does that give us the liberty to judge people around us? No, we don’t get to do that. Why are we judging people anyways while we have so much on our own plate? Why are we prepared to judge someone so instinctively and not think about it?

Well, most of this is because we feel vulnerable by that person. He/she could be better looking, doesn’t make us any inferior. They can be from a different society, doesn’t mean ours is superior. Judging and commenting on people has become so a part of someone’s day to day activity that don’t realize what the other person is going through. Some peoples character, intelligence, beliefs may not be the same as ours but they took shape because of their personal experiences in life. It is not easy to give up on attitude or character just because people judge them negatively. Well they shouldn’t too. You don’t like their loud munching sound during break go tell them. Sit with them, talk to them. All of us are equals. There is enough competition around us, do we want who judges someone better competition too? What goes around comes around immediately. How shunned down will we feel if something negative about us creeps upto us.

Judging people doesn’t shout out to the world who they are but the reality of who we are. Everyone out there is going through something that might not be on a higher scale but is definitely something that is bothering them. Be kind and it will come to you. Smile at people instead of the urge to judge them. Yes, we are all humans, but we are here to pull each other together not to kick each other down. Believe in others, they will believe in you. Strive to make the world better place to live in.

Let Us Not Judge Too Fast

To Every Fifteen Year Old Out There

You Are Judging Yourself, Not Them!

Khushi B
Khushi B
39 views

Don't Judge A Book By It's Cover